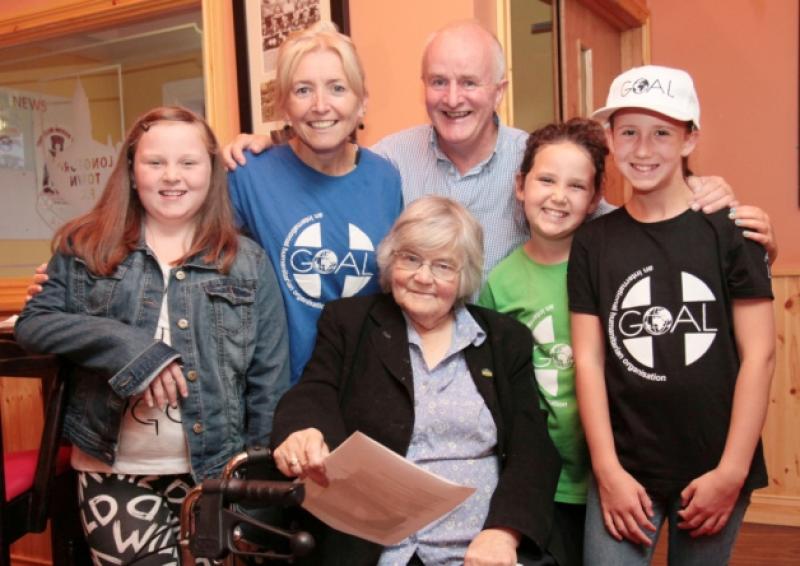 On Wednesday, August 21, €9,267.40 raised by the Longford Reek Challenge was presented to Maura Lennon of GOAL.

On Wednesday, August 21, €9,267.40 raised by the Longford Reek Challenge was presented to Maura Lennon of GOAL.

On Reek Sunday, a group set out from Longford to climb Croagh Patrick and raise funds for the Netaji Vidyamandir school in Calcutta.

Despite the tough economic situation locally, the people of Longford responded magnificently to the appeal, and the goal was not only reached but exceeded to such an extent that funding for a second school is now being considered.

Work on the project started in August and it is hoped that proper water and toilet facilities will be available within two months.

A strong Longford-Calcutta link has now been established and every two weeks, those who climbed Croagh Patrick will receive email updates on the work. When they heard of challenge, the teachers and students made special friendship bracelets which all of the climbers now wear with pride. Meanwhile,in Calcutta, a group photo of those hardy Longfordians on top of Croagh Patrick is displayed proudly in the school’s main corridor.

GOAL would like to thank the people of Longford, especially the children in St Joseph’s primary school, Longford and the Mohill prayer group who gave so generously to the project.