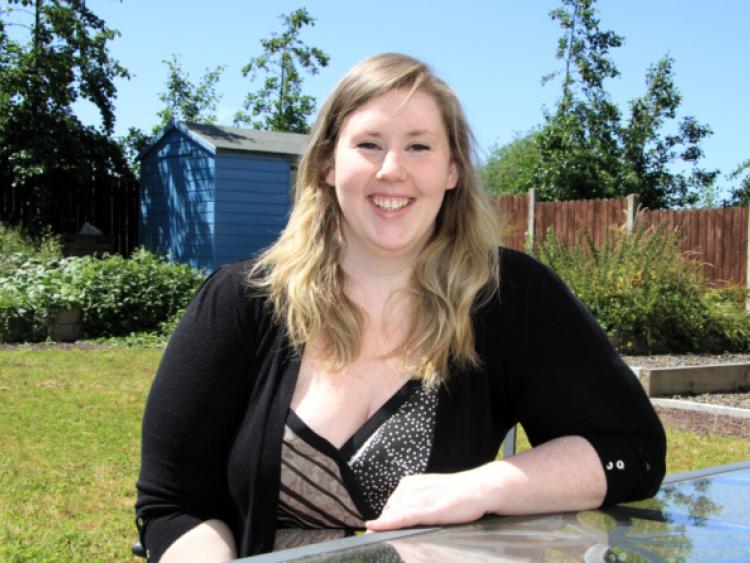 Brave Katie Nolan has suffered with epilepsy since she was five years old. It is a condition largely misunderstood by the public but Katie is determined to change all that.

Brave Katie Nolan has suffered with epilepsy since she was five years old. It is a condition largely misunderstood by the public but Katie is determined to change all that.

An Epilepsy Ireland media volunteer, the 25-year-old from Drumlish, told the Leader, “People don’t really understand epilepsy and they’ve some old myths in their head. Even some people believe epileptics are possessed and we’re contagious.

“It is quite scary the lack of knowledge and a lot of people, ourselves included, wouldn’t be that well informed about epilepsy unless it actually happens to them. But there is always the chance that anybody could develop epilepsy and that is why it is important that the knowledge gets spread.”

The Epilepsy Ireland national conference is on September 21 next and Katie will be attending. “Having the conference you get to meet other people with epilepsy as well. You have different stories and there are different workshops and speakers. Talks on specific topics and that is a brilliant way to get the knowledge out there and a good variety too.”

Katie grew up and lived in Brighton until she was 19 and she is enjoying her new life in Drumlish where she resides with her mum.

Katie outlined, “Drumlish is a beautiful place and where we are there is the park and water mill. It is a friendly place. One morning I was standing at the bus stop and a woman who I never met came up and started a conversation. Everyone is very accepting, even within Longford town. I thought Brighton was a very friendly place until I came over here. Nobody judges you here on what you wear or how much money you have and that is very important, especially to somebody that has a condition.”

Currently unemployed, Katie is an artistic person who possesses plenty of ambition. “I do a lot of drawing and painting. I’m actually trying to start my own business at the moment where I make homemade cards and invitations. I do generic and custom made ones, and am selling to friends and colleagues of my mum. I’m trying to get the word out about that. I do lots of singing, but not in front of people!”

Katie’s ultimate goal to work with Epilepsy Ireland. “I’ve had so many experiences. I’m trying to do as much as I can even if it is volunteer work just to get my foot in the door. But also I think I’ve had a very tough time since I was first diagnosed when I was five years old and it is only in the last three to four years or so, I’ve actually accepted my condition and the restrictions and I think that there is a lot I can give to other people to help them reach that point as well. I can show them that I went through all the bad experiences but there have been good ones as well in helping and meeting other people.”

“I’m not aware how many people in Longford have epilepsy. It is one in three that suffer, so I’d say there would be a high amount and if a support group did come into existence I’d be delighted to get involved. The more people that are open about epilepsy, it lessens the stigma a little more.”

When Katie was younger her seizures were a lot worse than they are now. “I started off by having absence seizures. Some of my teachers and other people thought I was just day dreaming but it got progressively worse. I was then diagnosed and they put me on medication and it stopped and a year later I had my first full blown seizure. It was more frightening for my sister really. I don’t remember it. She would have been 11 and I was just 7.

“Then they started to get worse and I developed another type of seizure, which is like jerking and I can’t stop and that is actually my warning sign that I’m going to have a full blown seizure. They are like contractions they get worse and closer together the nearer I am to having a seizure. It helps in that I can get myself into a safe position or what have you. They are probably more frightening because I am actually awake when I am having those.

“At one stage I was having a combination of tonic-clonic seizures and Myoclonic seizures and absences if they came back. So I was having fifteen seizures a day when I was doing my GCSE’s.I couldn’t go on and do Higher Levels and subsequently I couldn’t go to university. I did train as a beauty therapist. I couldn’t do my exams because my seizures got quite bad again because of the stress so I just had to go into full-time work and luckily I got a job in the same company as my mother and they were very understanding. I managed to work there for four years still having fifteen seizures a day and the only reason I left was because we came over to Ireland.”

Katie was bullied at school as some believed she was ‘attention seeking’ and while she recently qualified with Level 6 in Business & Administration and can teach English as a foreign language, she is 18 months looking for work.

She is unable to drive and was previously fired from jobs because of her epilepsy. Katie always disclosed to her employers that she suffered with epilepsy even though she wasn’t legally obliged. “I thought it was fairer to tell.”

Katie is quite well at the moment. “I still have occasional jerk seizures but it has been five and a half months that I haven’t had any tonic-clonic seizures which compared to the start of the year I was having anything up to two or three a month so it is quite good. I can survive with that. After you’ve had fifteen a day, one every five or six months is bliss!”