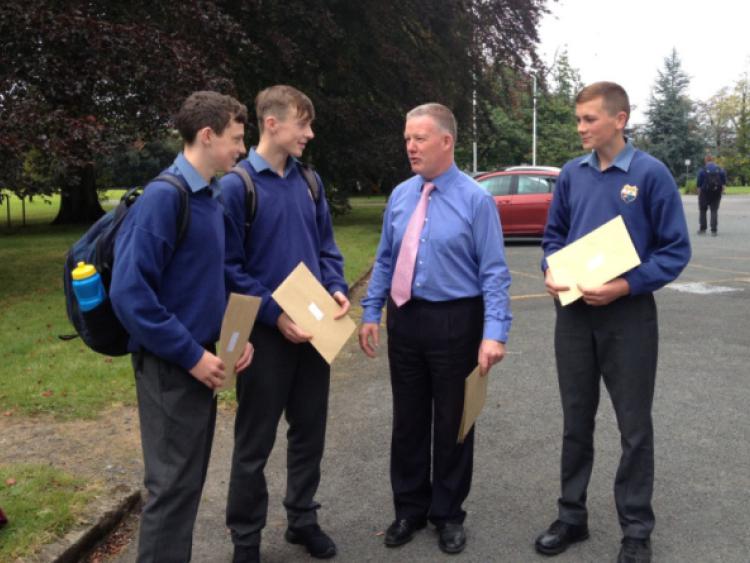 After a particularly successful batch of results were revealed across the county last Wednesday, the Principals of Longford’s secondary schools were thrilled with their students’ achievements.

After a particularly successful batch of results were revealed across the county last Wednesday, the Principals of Longford’s secondary schools were thrilled with their students’ achievements.

“We’re happy with all our results overall,” she grinned, congratulating students, parents and teachers. “Everything was very good across the board to be honest.”

“We’re very happy again this year,” said St Mel’s College Principal, Declan Rowley. “There was a good run of As all over the school, in relation to boys and also subjects.

Over in Meán Scoil Mhuire, Principal Paul Costello was similarly impressed by his students.

“They were very good overall, I’m quite pleased with them,” he smiled.

“There were a number of students getting As in Higher Level subjects and the students are delighted.”

There was huge excitement in Cnoc Mhuire, Granard on results day, according to Principal Moira Mahon.

“They were such a lovely bunch of students - they went around and thanked their teachers for the work they had done with them,” she proudly beamed.

Extremely happy with all the results, with the top student achieving 10As and other students reaching and exceeding their potential, Ms Mahon added, “As I say to the students, hard work is always rewarded, and it certainly was in this case.”

A delighted Jimmy Flanagan revealed that Lanesboro Community College had seen their highest number of As yet.

Ballymahon Vocational School had ‘magnificent results’ according to Principal Rosemary Johnston. “We’re absolutely delighted,” she said, pointing out that “the students who do the work get the results”.

“I have to say I was really, really delighted,” she said, adding that the students were happy with their achievements.