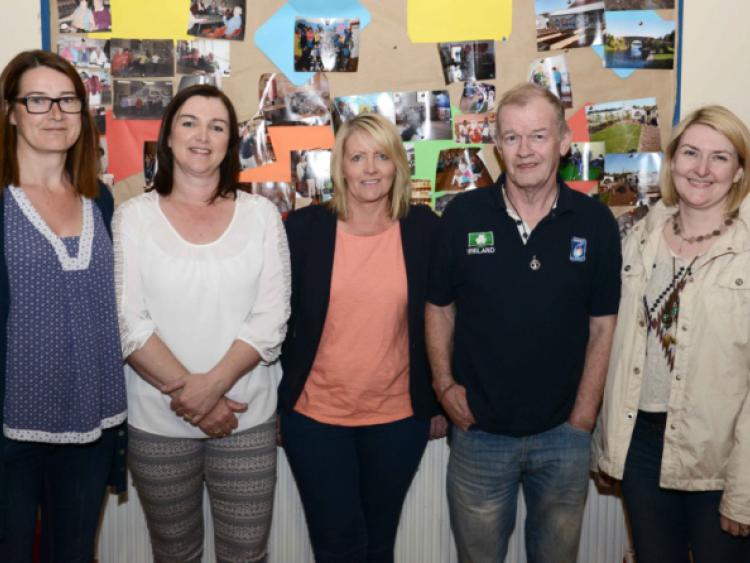 A meeting in Ballymahon to discuss the future of the Sports Centre there saw numerous ideas put forward by members of the public last Thursday night.

A meeting in Ballymahon to discuss the future of the Sports Centre there saw numerous ideas put forward by members of the public last Thursday night.

The meeting was held at the Dean Egan Library and close to 30 locals turned out to voice their opinions and concerns over a site that has now become dilapidated and dangerous.

The Centre on the Moigh Road was established 50 years ago to cater for the recreational needs of local people and children.

“There was a wide and varied choice of activities on offer including a swimming pool, tennis and basketball courts, children’s playground and meeting rooms,” director of the site, PJ Walsh said, adding that over the last 10 years activities at the centre have ceased altogether and caused the area to become derelict.

The meeting also heard that soaring insurance costs and a lack of volunteering, together with the cost of upgrading and maintaining the facility have led to directors reviewing the situation so the site - which belongs to the people of Ballymahon - can serve everyone in the area.

On the night a number of ideas were put forward.

“The GAA would need to row in behind this,” one man said. “I see this site as an asset and something sustainable that can be built for this town; an area for everyone and for all groups.”

The same man also pointed out the void created in Ballymahon town by the absence of a community centre and pointed to local areas such as Kenagh and Legan where community centres took pride of place in the locality.

Another member of the public told how his son was forced to go to either Kenagh or Edgeworthstown to participate in the Blitz for Community Games because there was no such amenity in Ballymahon.

“This is a joke,” he fumed. “We have two fine gyms in this town and we can’t use them. There is enough ground down there to build a purpose-built community facility for all groups to use.”

Focus was also placed on future generations in Ballymahon and the importance of laying down strong foundations now for them.

“I have a son who plays basketball and there is no place for him to play in Ballymahon,” one local mother added.

“I have to drive him to Streete (Co Westmeath) to play basketball on a Saturday. When I asked my children what they would like to see in Ballymahon, they told me a place where they could play basketball, handball, hoops and tennis. It would not be difficult to provide a concrete facility like this and it really can’t be vandalised either.”

It also emerged that there was asbestos in the ceiling of the old swimming pool at the site and that anti social behaviour there could lead to a fatality because the facility is still full of water.

An elderly lady then added, “It would also be important to ensure that facilities are provided for the senior citizens in Ballymahon too”.

It was agreed to hold another meeting on May 28 where decisions will be taken collectively on the future of Ballymahon Sports Centre.