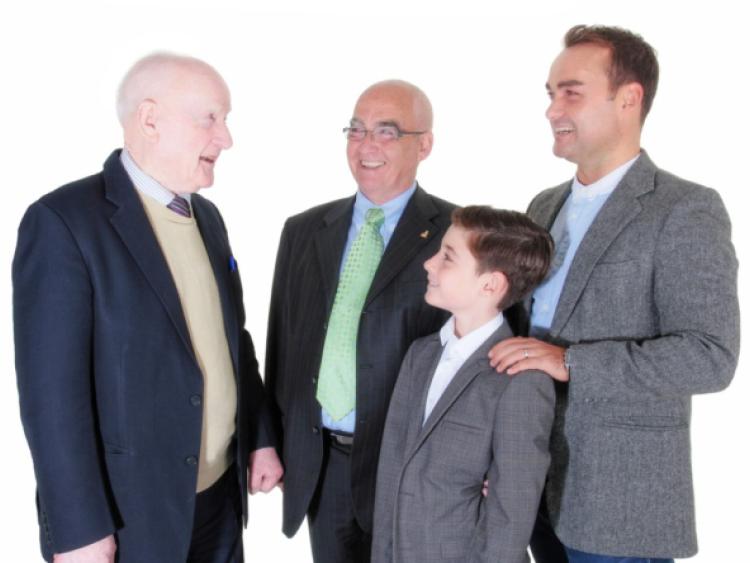 Longford town is in mourning following the death earlier today (Sunday, December 14) at his residence of Larry Nolan, 23 Chapel Street, in his 101st year.

Longford town is in mourning following the death earlier today (Sunday, December 14) at his residence of Larry Nolan, 23 Chapel Street, in his 101st year.

Born on January 16, 1914, the modest, unassuming and highly regarded, Larry, celebrated his 100th birthday surrounded by family and friends earlier this year.

Indeed, such is the esteem with which Larry was held, Tesco staff at Longford Centre organised a special cake and celebration to mark his milestone birthday, while construction workers on the St Mel’s Cathedral restoration project erected a billboard on the scaffolding of the iconic building proclaiming ‘Happy 100th Larry’.

A man of deep religious faith, Larry resided in the shadow of St Mel’s Cathedral and for many years he lit the furnaces under the cathedral to warm the church for Christmas Eve mass.

He was devastated following the fire of 2009 that destroyed the cathedral. “My heart broke the night the cathedral burned down,” Larry told the ‘Leader’ in an interview in December of last year.

“I used to look out from the window of my house and look at it in all its glory; the night of the fire, I looked out that same window and all I could see was flames. It was awful lonesome, but I hope to be still around next Christmas when it re-opens.”

Poignantly, while Larry lived to hear the magnificent bells of St Mel’s ring out once again, he passed to his eternal reward just six days shy of the cathedral’s eagerly anticipated re-opening.

Paying tribute to the late Larry, Cllr Gerry Warnock commented, “Larry was one of the most recognisable figures in Longford town and was a man of great bearing and dignity who was the embodiment of a proud Longfordian.”

An avid sports fan who loved nothing more than to reflect on the happenings of yesteryear, Larry was deeply honoured when, aged 99, he was chosen to be the Grand Marshal for the 2013 St Patrick’s Day Parade in Longford town.

And when Bishop of Ardagh & Clonmacnois Francis Duffy celebrated his first mass at St Mel’s Cathedral Centre late last year, four generations of the Nolan family, led by the sprightly Larry and assisted by his son Paddy, grandson Damien and great grandson Aaron, had the distinction of bringing up the relics to the altar.

Always courteous and upbeat, Larry had a friendly word for everyone and he was a familiar figure around Longford town as he got about his daily business.

A native of Mooncoin, Larry is credited with driving the first ever motor car in the Kilkenny village which was owned by the parish priest.

He was 25 years old when he moved to and made Longford town his new home after he joined the Emergency Army in 1939. He served in various locations, including Longford, Athlone and Cork, during his five years with the Defence Forces.

Larry said he ‘was never idle a day in his life’ and after the army, he joined County Longford Fire Services and was a fireman for over forty years.

He also worked for Longford County Council and was part of the team that built the houses in Teffia Park in 1950 and on Chapel Street in 1948 - the year of the ‘Big Snow’. He also worked at Lanesboro Power Station for a time, and cycled over and back to work from Longford town.

In 1944, Larry married his wife Eileen (nee Green) and the couple had three sons - Paddy, Larry Jnr and Bernie, and one daughter - Myra.

Larry, who loved to relax by attending bingo, played a pivotal role in the community in which he lived and he will be sorely missed by all who knew him.

Removal takes place to St Mel’s Cathedral Centre on Thursday, December 18 for funeral mass at 11am, followed by interment afterwards in Ballymacormack Cemetery.