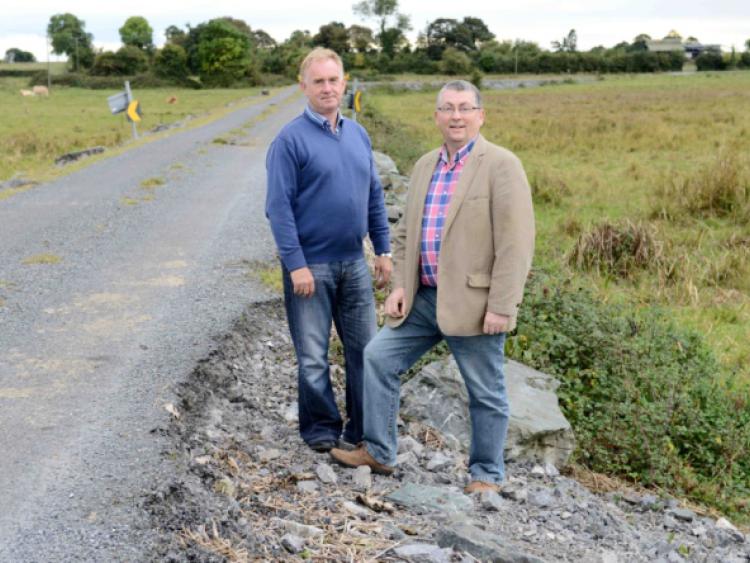 Concerns over the deteriorating state of the causeway on the historic Saint’s Island in Newtowncashel were raised during this month’s Ballymahon Municipal District meeting.

Concerns over the deteriorating state of the causeway on the historic Saint’s Island in Newtowncashel were raised during this month’s Ballymahon Municipal District meeting.

It was Cllr Mick Cahill (FF) who initially raised the matter during a notice of motion which he put forward during proceedings.

“Due to the erosion of the sides of the causeway onto Saint’s Island, Longford Co Council must take remedial action to prevent damage to the road,” he said, adding, “this problem is going on for years.”

Area Engineer for Ballymahon Alan Slattery said there are no funds available to carry out any necessary works at the site, and pointed to the ‘extensive work’ that had already been carried out there between 2010 and 2011.

“Unfortunately, since that time, the area has experienced extensive flooding,” said Mr Slattery. “The work that Cllr Cahill is proposing is certainly necessary, but at the moment there is no funds.”

Cllr Gerald Farrell (FG), who seconded Cllr Cahill’s proposal, said the area was a very important heritage site and therefore should be maintained. “It is very necessary for funding to be made available to this,” he added.

Mr Slattery outlined that while an application could be made to the Office of Public Works (OPW) for heritage funding, it was his understanding that no funding for such works was accessible in the current climate.

The ruins of an Augustinian Monastery that survived up to the time of the suppression of the monasteries in the reign of Henry VIII can be found on Saint’s Island.

The island is also linked to the mainland by a causeway for some years. The area is a favourite haunt of marsh birds. In spring the curlew, lapwing and various species of wild duck may be seen in great numbers.

Saints’ Island is one of the most important islands in Lough Ree, and was the site of a splendid monastery built by St Kieran, the first Bishop of Clonmacnoise, in the year 544.

On a small island near Lanesboro called Inch Ainghin, St Kieran also built a church, but in 894, Inch Ainghin was attacked and subsequently shared the same fate as the other islands in Lough Ree.”

At the end of the last week’s meeting it was agreed to keep the causeway at Saint’s Island on the agenda with a view to finding a suitable solution to the problem.