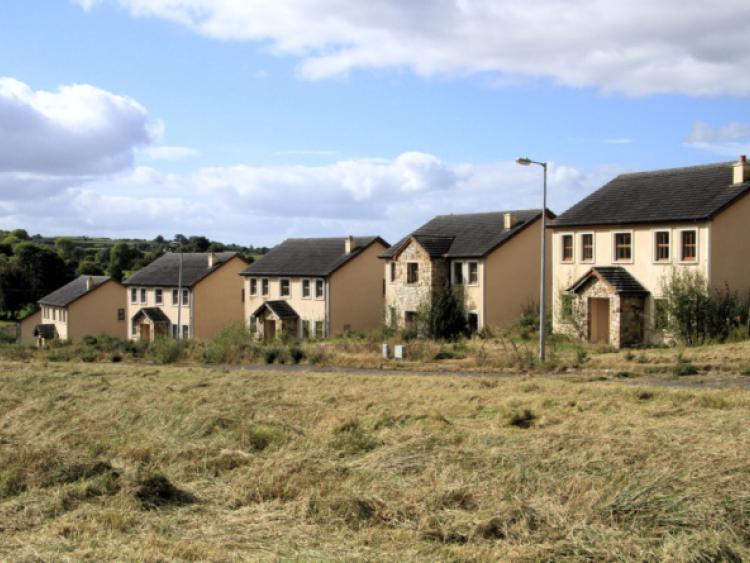 Three more estates have been taken in charge by Longford County Council as it continues to address the county’s unfinished estates problem.

Three more estates have been taken in charge by Longford County Council as it continues to address the county’s unfinished estates problem.

Two of those now under the managership of the council’s specially set-up ‘Unfinished Estates’ section include the ‘Forthill’ and ‘Lios na Croise’ estates in Aughnacliffe and ‘Shantobar’ in nearby Ballinalee.

Senior Executive Officer, Terry Rooney, also disclosed plans they had in relation to another unfinished estate in Dromard.

Situated a matter of yards from the north Longford parish’s Pairc na nGael grounds, Sli Corglass was one of umpteen residential developments across the county crippled by Ireland’s economic collapse.

Four years ago, it featured in a special ‘Ghost Land’ production on RTE.

The following year, Department of the Environment officials handed down just over €36,000 to Longford Co Co to carry out public safety works.

Since then, fencing and other works have brought about a gradual improvement in the estate’s visual appearance.

At a meeting of Granard’s Municipal District, it was revealed the council had been approved up to €250,000 in state funding. This, Mr Rooney confirmed, will provide for the demolition of eight houses. The remaining units, he said, would remain in the hands of the estate’s original developer.

“We (Council) hope that by the end of the week we will have a site resolution plan in place. It is the intention of the developer to finish out the houses and sell them off,” said Mr Rooney.

Should those attempts pay off, the boost it could instill not just to its residents but the wider area were endless, said Cllr Luie McEntire.

“This is a great move,” added Cllr McEntire. “Everyone knows that development has been an eyesore, but to think there could be up to eight houses for private clients to buy is most welcome.”