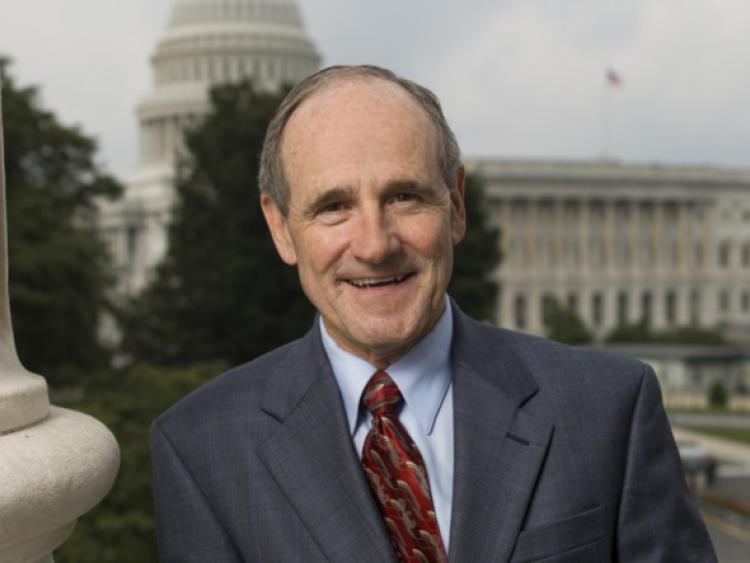 A high-profile US politician is eagerly researching his ancestoral links to County Longford.

A high-profile US politician is eagerly researching his ancestoral links to County Longford.

Senator Jim Risch, who is a representative for the state of Idaho, is also hoping to find distant relatives who may still be living in the region.

“We’ve been to Longford a couple of times before,” he revealed. “The documentation we’ve found in the US goes back to 1834, when my great great grandfather, Patrick Leavey, arrived here. Unfortunately, no records in Ireland go back that far.”

However, speaking from his office in Washington DC, the Senator went on to say there are indications the family originally lived in the south Longford village of Ardagh.

“There was a man buried in Ardagh around that time with the same surname, so we assume he’s from the same family,” he explained. “We also found two Leavey families living in Ardagh but they’re only able to trace back a few generations; we’d like to find descendents of Patrick’s father who are still living in Longford.”

“Her name was Mary Banbrick,” he continued. “They were married prior to moving to America, and they had five children by that time.”

Following his emigration from Longford to the town of Pakenham in eastern Canada, Senator Risch said descendents of Patrick Leavey’s family are now spread throughout Wisconsin, Michigan, and Minnesota.

“I’m originally from Wisconsin myself,” he added. “There is a family reunion each year here in the US. Over time the Leavey name has become distorted - ‘Levi’ is the most popular variation now - but it can be traced back to Patrick’s family.”

Detailing his political career, the Republican Party member told the Longford Leader he started as a County Attorney in Idaho: “I then spent 30 years in the State Legislature and served as Governer of Idaho. I’ve been a Senator for the past six years and I’m seeking re-election in November.”