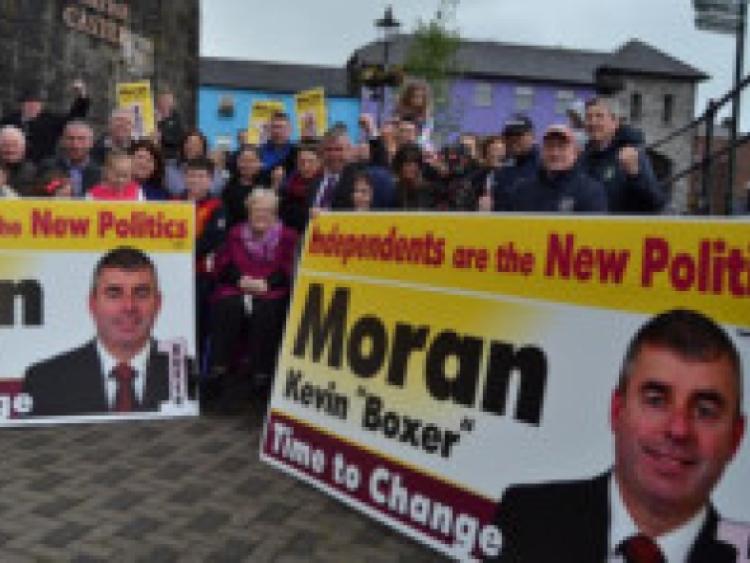 Nominations have now closed in the by election race with nine candidates now ready for a real battle in the local political arena on May 23 next.

Nominations have now closed in the by election race with nine candidates now ready for a real battle in the local political arena on May 23 next.

Cllr Denis Leonard (Lab) and Kevin ‘Boxer’ Moran (Ind) were the last to enter the race and signalled their intentions late last week, although it was suggested earlier on in the campaign that Leonard would lead the Labour fold into what is now being termed, “the Athlone By Election”.

Cllr Gab McFadden (FG), the current mayor of Athlone was on the campaign trail in Longford last Saturday where she met with Longford voters. She was received warmly and there was great sympathy for her - but whether that sympathy converts to votes on polling day? Well, that remains to be seen.

Speaking to the Leader Cllr Leonard confirmed he was “standing in this election” based on his record of delivering for his local community. “I have worked hard on the county council and I believe that if elected to the Dail, I will serve the people of Longford/ Westmeath well,” he said, adding “as a parent and teacher, I understand the struggles faced by families in our area and the challenges that local businesses must overcome”. “I have been involved in many organisations such as the GAA for twenty five years as a school’s underage coach; Trocaire; Chernobyl Children’s Project; Irish Wheelchair Association;Westmeath Heritage Forum, and countless local community and environment groups. I have also been a leading campaigner in Longford and Westmeath communities and on the council in relation to industrialised wind farms, and other developments that puts profit before people.”

With just 11 days to go until polling day, all hopefuls are becoming busier and busier on their respective campaign trails. Mr Morgan’s launch night took place on Monday night, so there is no doubt that, at this stage, he will have a lot of ground to cover. Cllr Moran too, has gained pace on his campaign, however he is aware that he will not get to every home in the constituency, despite his endeavours. “I believe that the Government is out of touch with the people and the time for change is now,” he said. “A vote for Kevin Boxer Moran will work for, and support, positive change where people will come first, and appropriate development and investment to provide jobs and infrastructure will be supported. I want Longford/Westmeath to be promoted to best effect.” Polling day is May 23, 2014.