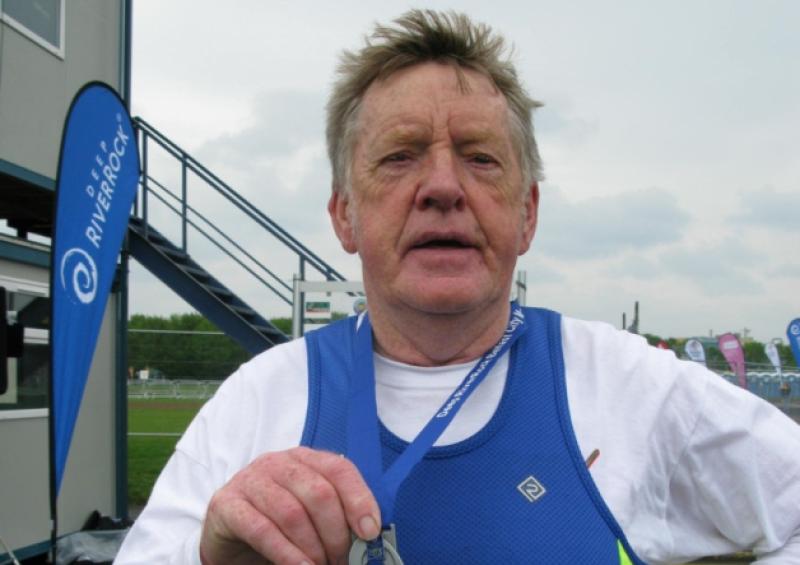 Thirty was the magic number on the mind of marathon man Liam Fenelon over the May Bank holiday weekend.

Thirty was the magic number on the mind of marathon man Liam Fenelon over the May Bank holiday weekend.

And, for a change, it had nothing to do with the Longford native’s own ambitions of completing a staggering 300 marathons by his 75th birthday.

It was down to the fact that Liam was taking on his 30th Belfast City Marathon for the 30th successive year by staying at the same hotel for the 30th consecutive occasion.

“It was nice to say I had done it,” said Liam with an almost hesitant smile.

That weekend, as it has done since 1984, saw the seasoned runner prepare for his 267th marathon at the city’s Wellington Park Hotel.

Part of the reason for that deep seated association came from the many frienships and acquaintances Liam has retained over that time.

Its appeal could also be levelled at the event’s open handed ethos, a trend far removed from the dark days of The Troubles.

“I suppose the attraction was its history. You would have people from Shankill out clapping you and then people from the Falls Road following suit

He also holds a soft spot for his chosen lodgings and in particular its charitable breakfasts.

“Every year there was a maracycle and one year eight to ten of us stopped in a two storey room.

“When we got breakfast the next morning, it was ordered and billed to just one person.”

But it wasn’t until almost five years later that Liam eventually summoned up the courage to inform the hotel’s manager, Gerry Kirkpatrick about the free breakfast giveaway.

Pausing mid sentence, the cheerful 72-year-old sits back in his chair sporting grinning from ear to ear.

“Sure we had some laugh about it,” he sheepishly giggled. “In fairness, Gerry took it well which was great.”

Two weeks on from his 30th Belfast marathon, Liam has already begun setting his sights on Longford’s equivalent in three months time.

Thirty policemen from the US have already signed up, as have a group of runners from the UK in what will be their 13th year visiting the midlands town.

What Liam wants more than most though, is to see his home town continue to reap the benefits from an event he helped found 12 years ago.

“What we need is the Tourist Board and the Council to support us so we can give people the accommodation and welcome they deserve,” he explained.