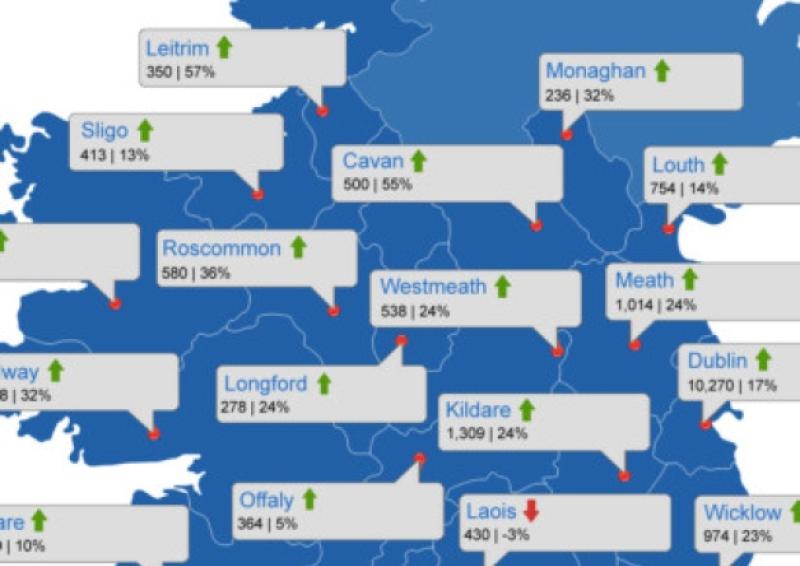 A new report commissioned by property website MyHome.ie has found that the number of property transactions in Longford increased by 24 per cent last year.

A new report commissioned by property website MyHome.ie has found that the number of property transactions in Longford increased by 24 per cent last year.

The study, which is based on the Property Price Register, shows that there were 278 sales in the county in 2013, up from 225 the year before.

It also found that €18.1 million was spent on property in Co Longford during the same period, which was a decrease of four per cent on 2012, highlighting the fact that prices are still falling slightly in the county. This was despite significant growth in Longford town, which with an increase of 59 per cent on the 66 sales recorded in 2012, was the most popular area of the county in which to buy property last year with 105 units sold.

Other areas of the county to record growth in the number of transactions were Lanesboro (114 per cent) and Granard (56 per cent).

However, there was a slump in the number of sales, with figures down in Ballymahon (-28 per cent), Drumlish (-20 per cent), and Edgeworthstown (-6 per cent).

“People are recognising that there’s value in the market and this along with pent up demand is what is driving sales,” said Angela Keegan of MyHome.ie. “However it is important to point out that the recovery is happening at a slower rate in several counties, for example in the Midlands, and that the total level of transactions is still under 30,000. If the Irish property market was functioning properly we should be seeing double or treble that level of sales.”