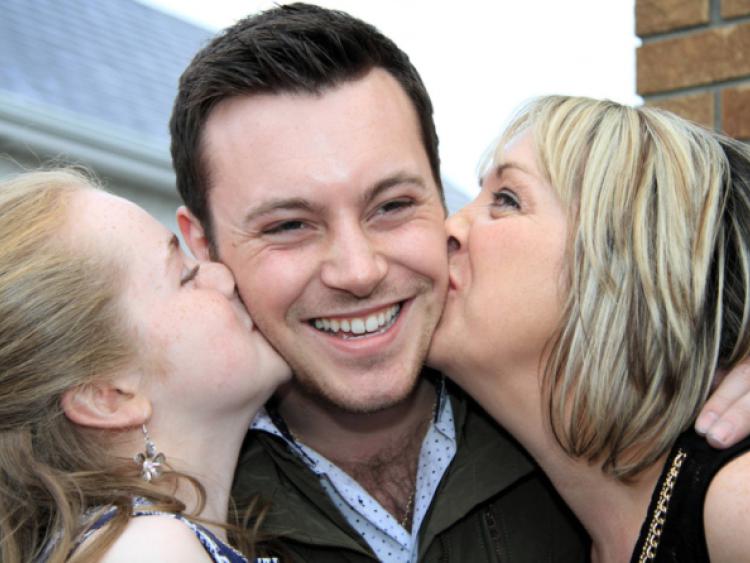 There was much excitement in Ballymahon last night, Tuesday, as country superstar Nathan Carter paid a visit to the Cox family.

There was much excitement in Ballymahon last night, Tuesday, as country superstar Nathan Carter paid a visit to the Cox family.

Listeners of RTÉ Radio 1’s Mooney Show were recently given the chance to win a house party with the young musician. Entrants were required to write a letter, stating why they love Nathan and who they would invite to the party.

A huge Nathan Carter fan, 11 year old Brona Cox, daughter of Mary and Peter, Ballymahon, wrote into the show immediately, explaining that she was Nathan’s number one fan.

“I even have my bedroom wall done up with Nathan Carter stuff. It is behind my bed and it’s called my Nathan Carter Wall,” Brona wrote, adding that she also had Nathan’s autograph and the glasses he wore in his ‘Simple Life’ video.

“I really love Nathan Carter and if you picked me this would mean the whole world to me,” she explained.

Stating that local man Tom Sheerin plays in Nathan’s band, Brona also mentioned the fact that the country superstar had also stayed in Cooney’s Hotel in her native Ballymahon.

Having been shortlisted for her letter, Brona received a phone call, during which she was asked all about Nathan Carter. Announced as the winner of the competition, Brona and her family were ecstatic, and set about preparing for the country star’s visit.

Last night Brona, her parents Mary and Peter and her brother Ruairí (7) invited relatives, friends and neighbours to their home to greet Nathan as he arrived.

After posing for photos with the crowd, Nathan and his band kept the family and their guests entertained for the evening.