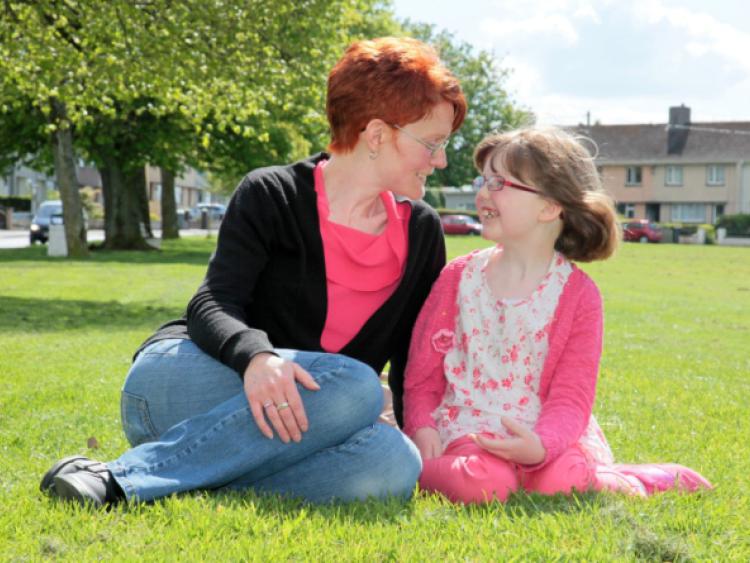 Diagnosed with Tourette’s syndrome two years ago, eight-year-old Niamh Cummins is learning to cope with the condition with a little help from her family and friends.

Diagnosed with Tourette’s syndrome two years ago, eight-year-old Niamh Cummins is learning to cope with the condition with a little help from her family and friends.

Asked how Tourette’s syndrome is defined, her mother Catherine explained that, “It’s a neurological condition characterised by multiple physical and vocal tics, which can switch randomly.”

And while Tourette’s is commonly associated with uncontrolled outbursts of swearing, Catherine pointed out that Niamh, who also has Asperger’s syndrome, is not affected in this way.

“Uncontrollable swearing is actually quite rare,” she adds.

However, Niamh does experience a wide and varied range of symptoms, which her mother lists: “Teeth-grinding, shouting, sniffing, throat-clearing, jumping - even if she’s sitting - and rapid blinking.

Sometimes she also repeats words or phrases and there are patterns that have to be followed.”

Outlining just how difficult it is for Niamh to try and surpress the tics she experiences, Catherine explained , “Asking her to stop is like asking me or you to stop breathing.”

There are medications which can help counter the condition’s symptoms, but Catherine revealed it is an option which must be approached with caution.

“There is medication available but she’s very young to be trying it,” she admitted. “There’s a lot of trial and error involved and there are side effects. Her psychiatrist doesn’t agree with trying medication at her age. When she’s a bit older we can also try cognitive behavioural therapy.”

Niamh lives in Drumlish with her mother and her older sister, Aoife, and the family has adjusted well to her condition, while Niamh’s friends and teachers have also been supportive.

“We barely even notice her tics now,” Catherine said.

“She attends St Mary’s National School and everyone there has been fantastic. There are 30-odd kids aged between six and eight and they accept and understand it. Her teacher, Miss McCormack, and her Special Needs Assistant, Linda, have been very helpful, too.”

There are still times when the family feel self-conscious, though.

“We were attending her cousin’s confirmation and she was sitting on the seat reading her bible,” Catherine recalled.

“She was tic-ing badly and the people in the row in front started laughing and tutting, and when the time came they refused to offer the sign of peace.”

Catherine goes on to say that such incidents are rare.

“Initially, most people will look when they hear her. It’s an automatic reaction and most people soon accept it.”

With no support group in the area at present, Catherine is interested in making contact with other local families affected by Tourette’s syndrome..

“It would be nice to be able to talk to other people and share experiences,” she concluded.