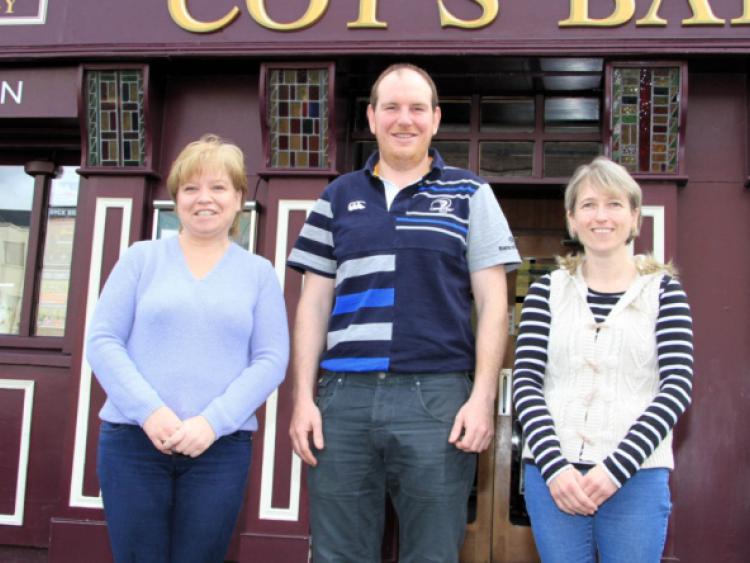 The event is being held to raise funds for the St James’ Hospital Foundation and Lauralynn House, and it will be held in memory of their late friend, Mickey Shaughnessy.

“It’s all happening from 9.30pm in Coy’s Bar on Friday, May 30,” Marion said, adding that a number of businesses have sponsored raffle prizes.

Marion explained that the fundraising has already started ahead of the big night: “We have sponsorship cards and so far we’ve raised about €200.”

Marion also said they are looking for male volunteers to put their names forward for leg and chest-shaving. “So far we have six volunteers,” she laughed.