Delight at moving into new school in Ballymahon 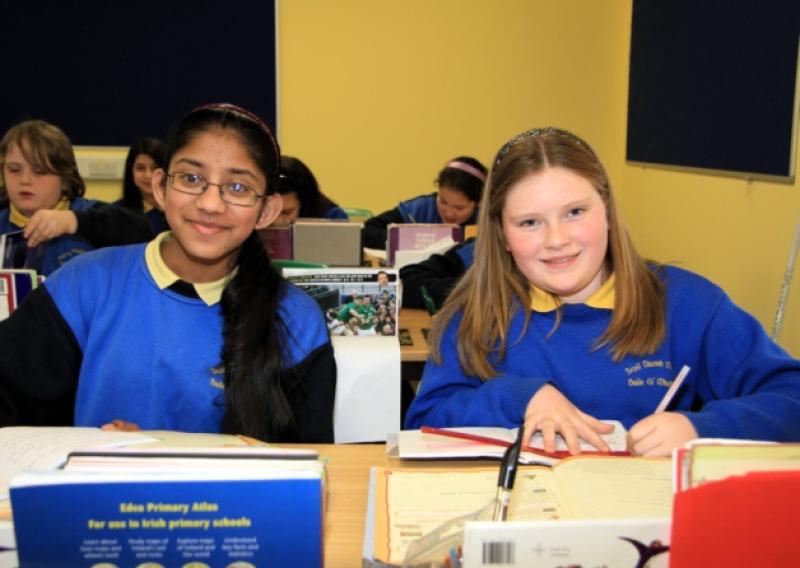 The new school development at Ballymahon incorporated the refurbishment of the the old boy’s school as well as the inclusion of four new classrooms, a library and four special needs rooms.

The new school development at Ballymahon incorporated the refurbishment of the the old boy’s school as well as the inclusion of four new classrooms, a library and four special needs rooms.

TheDepartment of Education and Skills has allocated funding for further development at the facility, work on which is to begin shortly.

There are currently 240 pupils attending the school and with enrollments for next year taking place this week, Principal Herbert Farrell is already sure of an increase numbers next year.

“It is a huge bonus to find ourselves with a new building,” he said. “We are very grateful to the Sisters of Mercy for the use of their building while we were waiting for our new school. It is purpose built and can cater for our 240 strong pupil population here and numbers are growing all the time at this school.”

The seeds for a new primary school in the area were sewn 16 years ago when locals saw the need for the facility and decided to do something about it!

“Really since then work has been ongoing,” continued Mr Farrell, adding that the end result was the “culmination of a huge community push”. “Everyone saw the need for a purpose built school here in Ballymahon and we are delighted to announced that more funding has been allocated to build four more classrooms. My understanding is that this work will commence with immediate effect.”

Work on the project finally began last summer and within a few short months, the new school was standing tall in Ballymahon.

In fact the school was just one of three school projects in the country that went ahead last year after grant aid funding was pulled from the Department of Education & Skills. An official opening of the new school in Ballymahon is expected to take place later this year, and Minister for Education and Skills, Ruairi Quinn is expected to be in attendance. “We are delighted with what has happened here,” Mr Farrell added.

“It has been a long time coming, but worth it now and of course we are looking forward to adding the other four classrooms to the school very soon as well. All this is down to the hard work and dedication of a lot ot people and I want to take the opportunity to thank everyone who supported and helped this project in any way. It serves as a huge boost to the people of Ballymahon.”