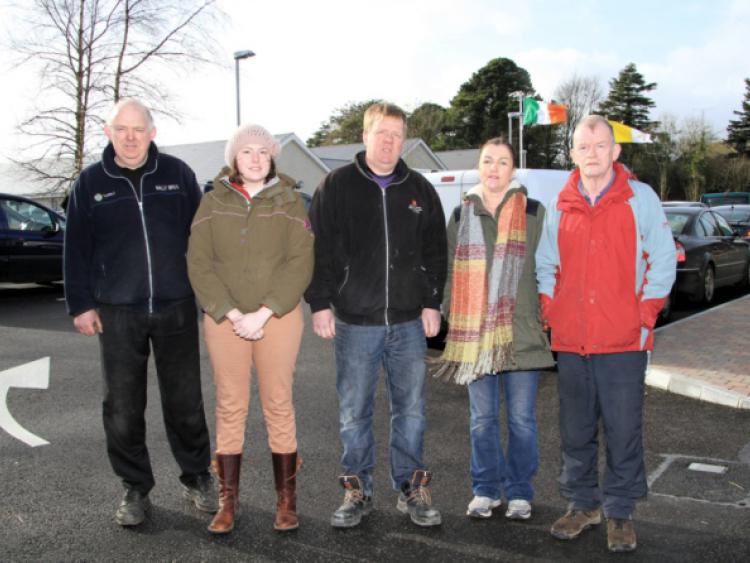 There is much to be excited about in Ballymahon this week with the opening of the new primary school in the town.

There is much to be excited about in Ballymahon this week with the opening of the new primary school in the town.

The facility which saw a major refurbishment of the old school, with four new classrooms, a library, and four special needs rooms added on, had been in the pipeline for a number of years following the hard work and dedication of the entire south Longford community.

However despite the delight this week, traffic control issues at the facility have brought a number of concerns to the fore, and while principal Herbert Farrell believes the matter is being “adequately managed”, members of the ‘SafePark 2014 campaign say the situation has become “critically dangerous”.

“It is a huge bonus to have our new school in place,” a delighted Herbert Farrell told the Leader on Monday. “With over 240 pupils at the school, we needed this new purpose built facility and with numbers already increasing on this year’s enrollments, the future looks very bright for primary education in this area.”

Mr Farrell went on to pay tribute to all those who campaigned vigorously since 1998 to have a new primary school in Ballymahon. He also acknowledged the parking saga and pointed out that it was “an issue that has been widely recognised”.

“It certainly has become an issue because of the success of the three schools here in the town, and while drop off times are fine, collection times have been difficult because of all students coming out of the schools at the same time,” he added. “The boards of managements of the three schools have been working closely with the Road Safety Officer in Longford Co Council and with the gardaí to make the situation less dangerous. The gardaí have been working on the free flow system for the last few months and it has been working very well; the traffic warden has also been relocated and with everyone working together on this issue, the congestion is getting less and less.”

Meanwhile, members of SafePark 2014 said that while it welcomed the new primary school in Ballymahon, “there existed, however, a very serious downside”. “At primary school opening and closing times the traffic chaos that ensues is far worse than anything seen before,” said Niamh Moran. “Family cars and buses entered the staff carpark for the collection of young children and in seconds it became a choked up bottleneck. We are calling on Longford Co Council to provide an answer to this desperately dangerous situation.”