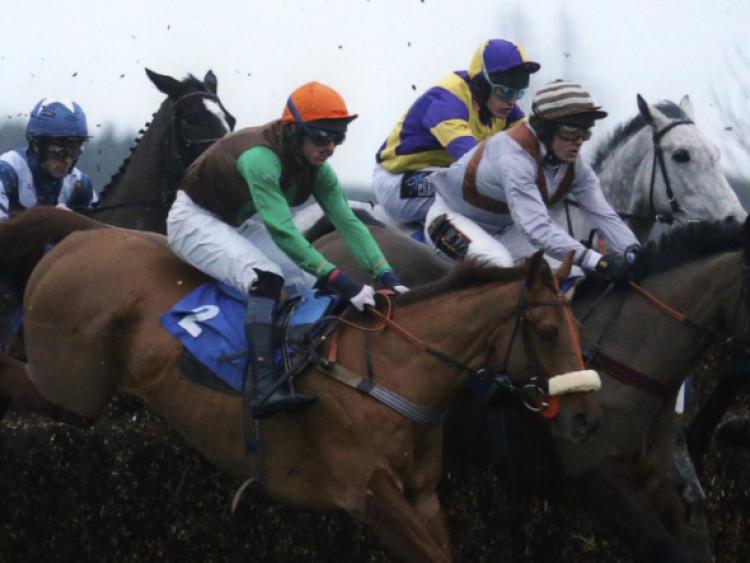 Patrick Gerety from Carrickedmond has been enjoying a successful spell in point-to-point horse racing in the United Kingdom.

Patrick Gerety from Carrickedmond has been enjoying a successful spell in point-to-point horse racing in the United Kingdom.

The 25-year-old amateur jockey is flying high on the men’s leaderboard after a tremendous start to 2014..

“The point-to-point is going well for me this season. I had a double at the start of the year, and treble win a fortnight ago,” he said, referring to his three victories at Thorpe Lodge in the Midlands Area Club point-to-point.

“I also had winners last Saturday and last Sunday,” he added.

Patrick also has plenty of experience on the track, finishing second on board ‘Current Exchange’ at the CGA Foxhunter Trial Walrus Open Hunters’ Chase at Haydock last month.

“I have another race with Current Exchange coming up this Friday at Leicester,” revealed the jockey, who enjoyed success with ‘Cottage Oak’ at Haydock and Kelso last year, while also competing at Cheltenham.

Unfortunately, Patrick’s partnership with Cottage Oak came to an abrupt end after the horse suffered an injury.

“He’s going to be out for the season,” he revealed.

When asked what form of racing he prefers, Patrick says: “I prefer point-to-point. It’s a bit more craic and not as strict or regulated; you can ride three or four times a day. The prize money is better on the track, though!”

Despite his successes, Patrick, who is a son of John and Anne Gerety, told the Leader he has no plans to take up a professional career as a jockey.

For now he works at a number of stables in the UK, where he assists trainers, but he has aspirations to move back to Ireland and become a trainer himself.

“I’ll ride for another while, and then in two or three years I’ll move into training. I work in different yards at the moment but I’d like to branch out on my own.”