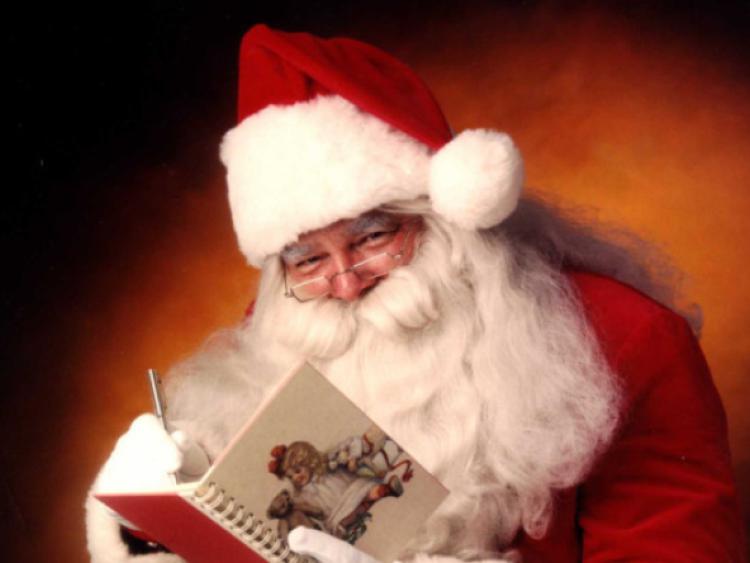 Reports reaching the Longford Leader from the North Pole this afternoon have verified that Santa’s elves have begun loading his sleigh, and that his reindeer are getting lots of rest ahead of their long journey around the world later tonight.

Reports reaching the Longford Leader from the North Pole this afternoon have verified that Santa’s elves have begun loading his sleigh, and that his reindeer are getting lots of rest ahead of their long journey around the world later tonight.

“Santa is ready to go!” said Buddy Kringle, an elf working at his press office. “He can’t wait to try the treats the kiddies leave for him, and the reindeer are looking forward to having some lovley carrots.”

Mr Kringle went on to reveal the route Santa will take when travelling through Co Longford.

“Mr Claus will approach Longford from the north, taking in places like Mullinal-Mull-Mu, um... Mullinalaghta, Granard, Abbeylara and Lisryan, before heading south and passing through Aughnacliffe, Edgeworthstown, Ballinalee, Drumish, Longford town, Newtownforbes and Killashee, before heading towards Kenagh, Carrickboy, Ardagh, Abbeyshrule, Ballymahon, Lanesboro and Newtowncashel. We’ve been briefing Rudolph by showing him a map, but we’re not sure if he understands. Luckily, Santa’s sleigh has a GPS on board.”

The elvish spokesman added that, “Santa knows how good the boys and girls of Longford have been this year, and he’s delighted to be leaving lots of nice presents under the Christmas tree for them.”

The Irish Government have also been in contact with Santa Claus and have confirmed he will arrive in Ireland on time.

Alan Shatter, the Minister for Justice, Equality and Defence, said: “I want to assure all children across Ireland that all necessary arrangements have been made to facilitate the timely arrival of Santa Claus on Christmas Day.

Minister Shatter, who has responsibility for the issuing of visas and border control matters, went on to explain that special measures have bene implemented to assist Santa’s work. “No excess baggage travel charges will be imposed on the sacks of presents it is anticipated Santa will have on his sleigh,” he admitted. “Both An Garda Siochana and members of the Defence Forces stand ready on alert to provide him with any assistance required to ensure that all his reindeer, including Rudolph, are properly fed and watered.”

With weather always a worry at this time of year, the Minister added that all efforts will be made to inform Santa of any problems. “As Chairperson of the Government Task Force on Emergency Planning, I have asked Met Éireann to ensure that a speedy response be given to any requests Santa makes for information on any threatened extreme weather conditions that could impede his progress.

“Because of the speedy manner in which he goes about his business, and the common travel area between Ireland and the UK, it is anticipated that Santa Claus will deliver his presents throughout Ireland and the UK in the blink of an eye.”

Girls and boys can follow Santa’s journey around the world thanks to the North American Aerospace Defence Command, who have set up a special website at www.noradsanta.org.