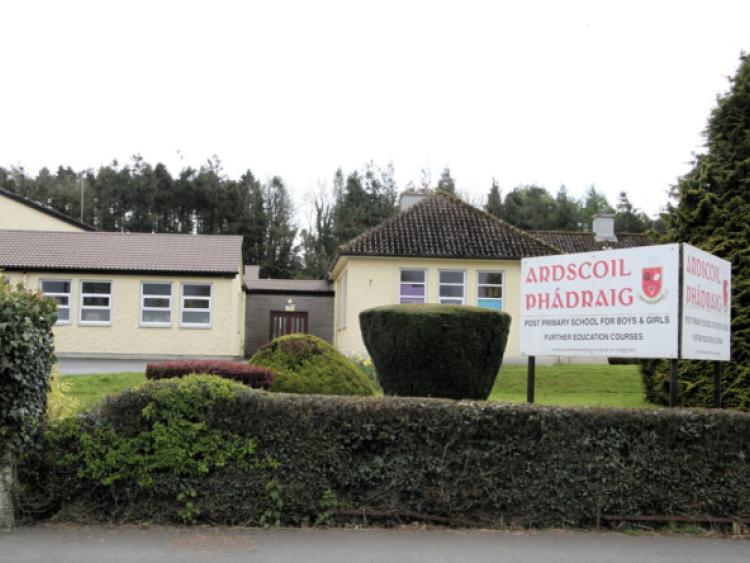 A significant rise in student numbers at a north Longford secondary school has led to calls for road calming measures to be introduced.

A significant rise in student numbers at a north Longford secondary school has led to calls for road calming measures to be introduced.

Ardscoil Phadraig in Granard has seen enrolment numbers swell by over 50 per cent in the past two years alone, resulting in an increase in traffic volumes.

Now members of its board of management want a pedestrian crossing erected to slow down cars as students make their way to and from the school on a daily basis.

In a letter read out at last week’s meeting of Granard Town Council, chairperson of its board of management and Town Mayor, Cllr Maura Kilbride Harkin, said that now was the time for action on this issue.

“It is very, very serious,” said the Fine Gael representative.

“The numbers would have increased by 50 to 60 per cent over the past two years and there are three extra classrooms in the process of being built.”

One option the council have decided to implement is the closure of the nearby Mills Lane area from 3:30pm to 4:30pm on weekdays to facilitate buses and parents.

Cllr PJ Reilly said the move would undoubtedly alleviate some, but not all of the problems linked to traffic congestion.

“There is a Mill (Kiernan’s) down there which already attracts a serious amount of traffic,” he said. “That facility is planning an expansion which will bring more traffic, so is a pedestrian crossing really the long term solution?”

His Fianna Fail colleague, Cllr Fintan Flood said he too was well aware of the situation facing passing motorists.

“You have to stop completely, children just walk out and never look. It’s ridiculous,” he said.

Cllr Maura Kilbride replied, saying the short term remedy for now was to close Mills Lane for a short interval, particularly at the end of the school day.

In the meantime, Inspector Paul Cuttle said gardai would consult with both Longford County Council and the National Roads Authority (NRA).

He also revealed the station’s community Garda Tracey Shanley had recently held talks with Bus Eireann about the issue.