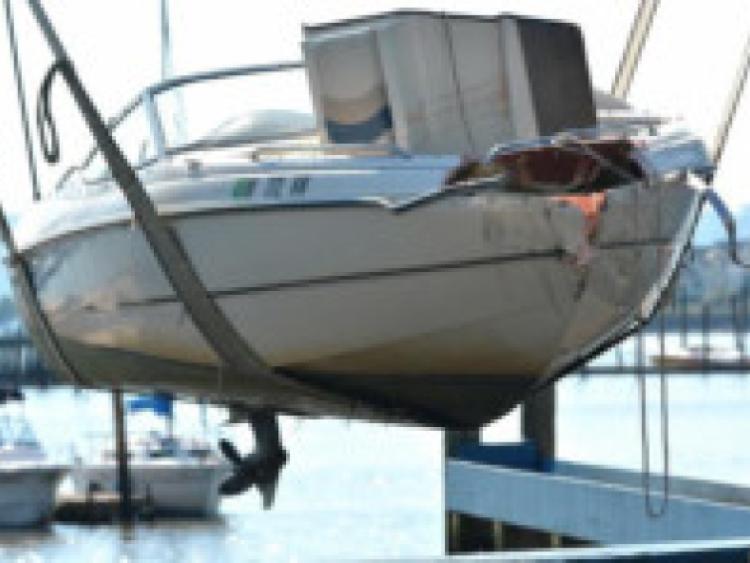 The funeral of Mark Lennon has taken place in New York following his tragic death in a boating accident on the Hudson River last week.

The funeral of Mark Lennon has taken place in New York following his tragic death in a boating accident on the Hudson River last week.

Mr Lennon’s family has strong North Longford connections. His father, Kevin, is originally from Killoe, while his mother, Dympna (née Ward), is from Ballinalee.

At a funeral mass held at the Church of St John the Baptist in Piermont last Friday, mourners were told of Mr Lennon’s ever-present smile and his love for Gaelic football, having played for many years with the Rockland GAA Club in New York.

Mark Lennon, who was 30, was part of a group of six people travelling on a speedboat when it collided with a construction barge at the Tappan Zee Bridge near the town of Nyack.

Also on board the vessel was Mr Lennon’s friend, Brian Bond, who had asked him to be best man at his wedding. Tragically, Mr Bond’s fiancée, Lindsey Stewart, also lost her life in the collision.

The driver of the boat, 35-year-old Jojo John, was arrested following the crash and faces multiple charges, including first degree vehicular manslaughter.

However, in an emotional public letter, the families of the deceased stated that “none of them saw the barge. They did not brace for impact and could not identify what they had hit - even after impact - as they desperately worked to direct first responders coming to their aid.”

It has also emerged that a local boater had warned authorities about the risk of collisions.

Michael Hortens, a yachtsman, expressed concern about the lack of lighting on the barge earlier in the summer and had repeated his warning just hours before the incident. He referred to the barge as a “brick wall” on the Hudson River.

The Mayor of Nyack, Jen Laird-White confirmed she had received the correspondence. “Yes, we did receive the complaint and forwarded it instantly to the appropriate people on the state level,” she said.

A spokesman for the New York Thruway, which is responsible for navigation on the Hudson River, stated that “the US Coastguard made it clear the lights on the barge met all requirements.”