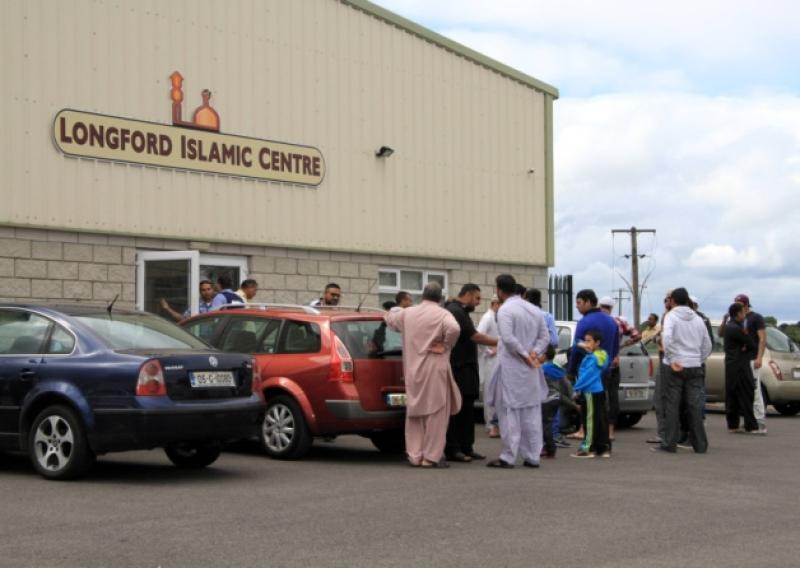 Gardaí are investigating a public order disturbance which occurred shortly after a prayer service concluded at Longford’s Islamic Centre on Friday afternoon last.

Gardaí are investigating a public order disturbance which occurred shortly after a prayer service concluded at Longford’s Islamic Centre on Friday afternoon last.

Some members of the community are opposed to the decision of the Board of Directors for the Islamic Community & Education Centre Limited to terminate the employment of the Imam (worship leader of a mosque).

The Longford Leader was informed that a protest had been organised last Friday to highlight opposition to the decision.

While the prayer service, attended by an estimated 150 men, was in progress at the Islamic Centre, which is situated in Townspark Industrial Estate, a manned Garda patrol car was parked outside.

As many of the attendees put their shoes back on and prepared to leave the building peacefully, there were suddenly frantic and loud calls to the Garda, urging him to come in immediately.

Raised and angry voices could be heard and one man, with a cut to his nose, claimed he had been assaulted.

Two more Gardaí arrived within minutes to provide assistance and the situation was quickly calmed.

One of eight directors of the Islamic Community & Education Centre Limited, Dr Syed Shahzad Ali, using a microphone, addressed those assembled, “We are living in this country but we have to live in harmony. What has happened, has happened and whoever did this will be responsible. It is not actually fair. I always said this mosque it belongs to everybody who comes in here to pray. But pray and go, don’t make groups.”

Protesters promptly interjected and one shouted “this mosque belongs to everybody,” and another pointing at Dr Ali said, “This is a community mosque.”

“There is no point fighting, insulting and shouting. It will be solved through negotiation because the committee has asked Dr Ali to come forward and sit down, to negotiate and talk and listen to us,” said Mr Hotak.

He suggested there were groups using the mosque to intimidate each other and nobody wanted this. “It is a place of worship and work where people respectfully come to and there is no time for fighting.”