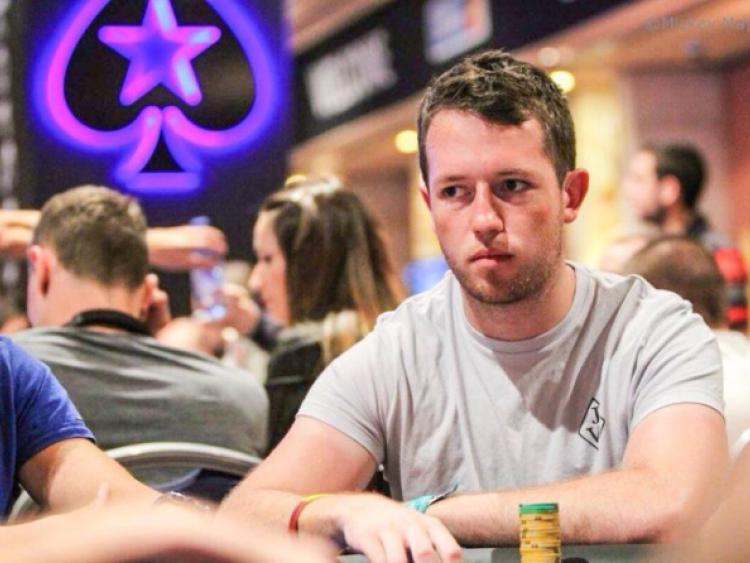 Discipline and hard work; two of the key elements needed to be a good poker player, according to Drumlish native James Noonan.

Discipline and hard work; two of the key elements needed to be a good poker player, according to Drumlish native James Noonan.

Now living in Malta with two other poker players, James has been playing professionally for the past four years.

Before he set off for Barcelona for the Estrellas tour, as part of European Poker Tour (EPT) Barcelona, James spoke to the Leader last week about his experiences to date, from his first big live tournament in 2010 to this year’s UK and Ireland poker tour (UKIPT) in Marbella.

“We used to play home games when I was 16 or 17 and that’s probably how it started,” the former Moyne CS student explained. “From there I would have started playing online when I was 18 which was when it got serious.

“Obviously, I wasn’t very good at the start but I started studying the game and talking strategy with other players.”

The 23-year-old son of Bernie and Seamus Noonan got his first staking deal at 18, which meant that a company entered him into a tournament, and he earned a certain percentage of the profits. It was at that point that James underwent some coaching, which helped him a great deal.

While James has entered numerous tournaments, he plays mostly online, which he prefers, as he can play up to twenty tables at once.

“There’s always action,” he continued, “whereas playing live you have to sit there for hours not playing many hands.

“Live games are definitely much easier than online though because they attract more recreational players.”

James admitted however, that online poker is “always getting tougher” as there’s so much information available on training sites.

Only travelling to tournaments five or six times a year, James revealed that they are “a good chance to get a break from playing online and also to catch up with other poker p layers.”

There are other perks too, such as meeting new people and seeing new places.

“I’m planning a lot more trips in the coming months,” he stated.

When asked about the qualities needed to be a good poker player, James referenced the hard work needed stay ahead of the curve.

“Discipline is huge, he added. “As a tournament player you can potentially go on six month or more losing streaks while still beating the games. If you can’t deal with that then you’re not going to last.

“Surrounding yourself with better players is also huge. The more information you can tap into, the better.”