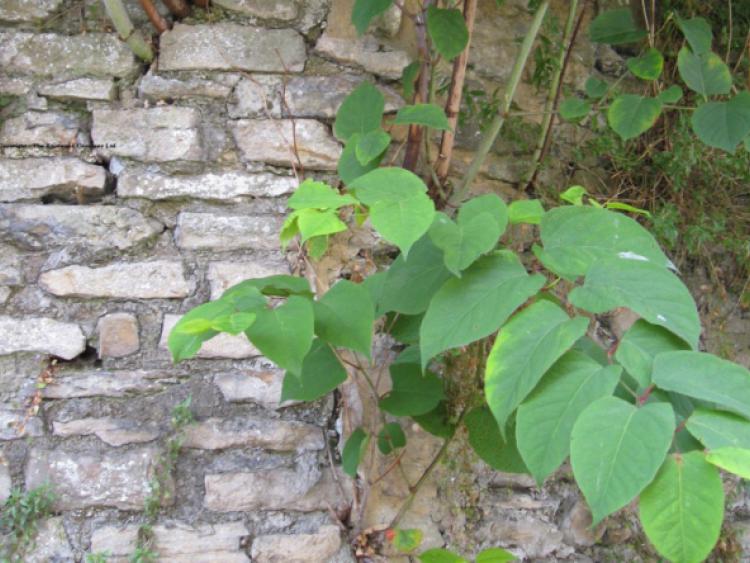 An invasive plant species which is resistent to weedkiller and hedgecutting, and which can grow through walls and concrete floors, is sweeping through County Longford.

An invasive plant species which is resistent to weedkiller and hedgecutting, and which can grow through walls and concrete floors, is sweeping through County Longford.

Japanese Knotweed was originally introduced to Ireland as an ornamental plant in the 19th century, but it has now spread throughout the countryside due to a combination of the plant’s resilience and inadequate control measures.

“It’s a very problematic weed and it can be found everywhere in the county,” Longford County Council’s Environmental Officer, Gerry Brady, told the Longford Leader. “We’ve had an eradication programme in place for the past couple of years. Some of the places where we’ve identified it include the Mall, the Black Bridge on the Dublin Road in Longford town, and even in the middle of Granard town. It can also be found in people’s back gardens. From a biological point of view, it’s the biggest problem I’m dealing with.”

Japanese Knotweed is an aggressive plant which forms tall thickets, smothering all other vegetation in the area and affecting local wildlife. It also has the potential to undermine the stability of buildings by growing through walls and floors. The plant has fleshy heart or spade-shaped leaves the size of a human hand, yellow/cream flowers in late summer, and hollow bamboo-like stems which can grow up to three metres in height.

“Cutting it with a flail will only spread it, and burying it doesn’t work either. It can also become resistent to weedkiller.” Mr Brady explained. “To treat it effectively takes three years, with a company coming in to inject the stems for two years and spraying them in the third year. Depending on the size of the area, it can cost around €300 or €400 each time, meaning the landowner could end up paying out €1,000 or more. However, the alternative is having these plants cause maybe €30,000 or €40,000-worth of damage.”

He added it the plant could also affect the property market: “We need auctioneers to inform potential buyers because they will have to irradicate the plant before developing a site. In the UK, it is now illegal to sell land where Japanese Knotweed is growing.”

Mr Brady said the plant has so far been identified at more than 100 sites across the county and expects that figure to rise.

“We’ve been working in conjunction with Noreen McLoughlin and her team at Longford Environmental Alliance to educate people about the weed,” Mr Brady continued. The problem is we only have a budget to deal with maybe four or five sites every season. There needs to be a national eradication programme to deal with the problem effectively.”

Anyone who is concerned they may have Japanese Knotweed on their property is advised to contact Longford County Council’s Environment Office on 043 3343451 for an assessment.