“The happiest 5k” comes to town 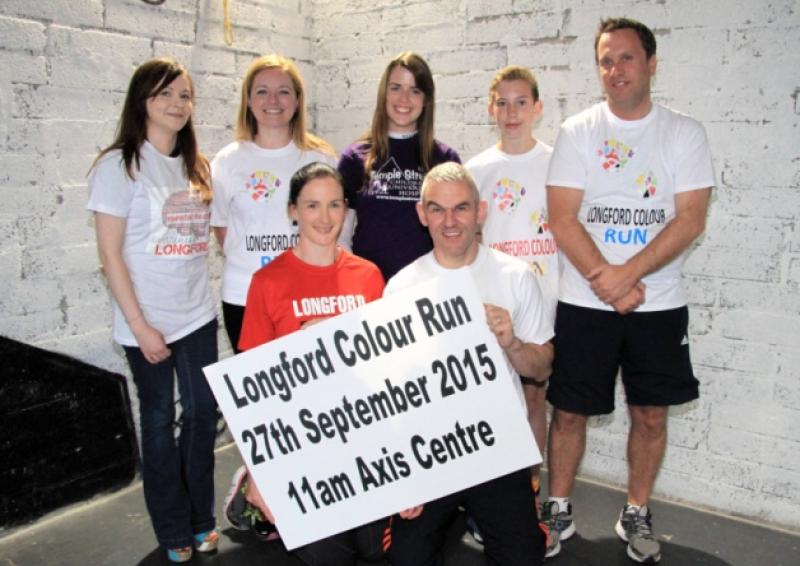 Longford will become technicolour on Sunday, September 27, as the county’s first ever Colour Run takes place.

Longford will become technicolour on Sunday, September 27, as the county’s first ever Colour Run takes place.

Longford Fitness are organising and hosting the event, which will see proceeds split between three deserving charities.

Organiser Ciara Hoare, explained that she fundraises for Temple Street Children’s Hospital each year, and after seeing a Colour Run on television, she decided to look into it.

It wasn’t long before Tess Gillen from Longford Fitness got in touch with Ciara, and the two decided to combine forces, splitting the proceeds between Temple Street Children’s Hospital and Longford Mental Health Awareness, with Console also receiving a donation.

James Morgan, Managing Partner of the Red Cow Partnership (which manages the N4 Axis Centre, main sponsor of the event), said that he had considered running a similar event when he was informed of the Colour Run. He checked out the Facebook page and immediately got involved.

“We’ve been very lucky with sponsors,” he commented, stating that local firms had been very generous. Tess added their thanks to Steven Coy and Paul O’Hara from the Sin Bin - who are sponsoring food for after the run - and the volunteers who have expressed interest in helping out.

Registration will begin at 9am, and participants are asked to don white t-shirts for the occasion. The crowd, expected to reach around 500 people, will set off at 11am.

Along the route, which takes in the bypass and the Mall before returning to the N4 Axis Centre, coloured powder will be thrown over participants, with the final splash happening at the finish line.

“I’ve seen someone describe it as the happiest 5k,” Ciara grinned, pointing out that the event will be “good for Longford tourism”.

There will be a DJ and face-painting on the day, as well as opportunities to win some fantastic prizes.

While the organisers admit that they’d love to drum up some friendly rivalry between local groups, the run itself is not competitive. “This is a family fun day, it doesn’t matter how long it takes,” Tess added.

Tickets cost €20 for adults and €10 for children with a special family rate also available.