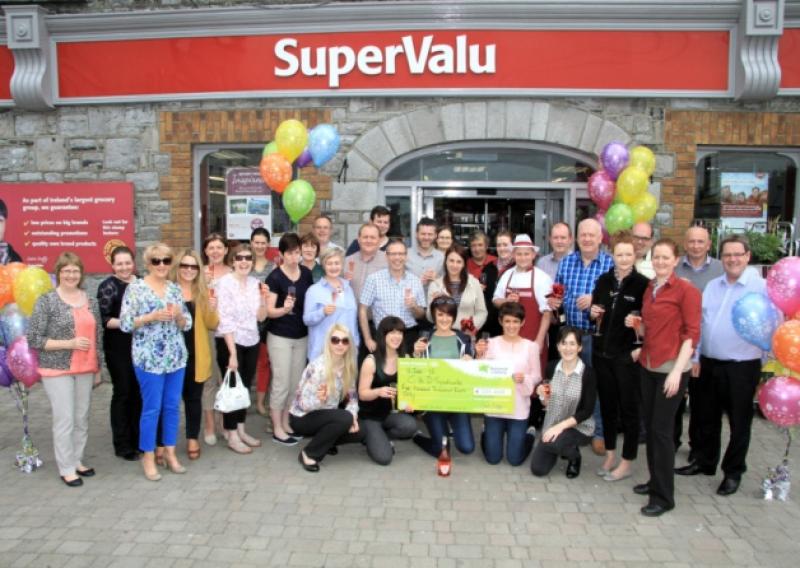 The syndicate, who are all office staff at C&D Foods in Edgeworthstown, will take home just over €13,000 each when the winnings are divided out.

The group landed the €500,000 EuroMillions Plus jackpot after last Tuesday night’s draw.

A spokeswoman from the National Lottery confirmed the €16 quick pick ticket was sold just hours before the EuroMillions draw at Duffy’s SuperValu in Edgeworthstown.

In a further revelation, it has emerged syndicate member, Lillian Kazlauskyene only started work with the firm on the day the draw was made.

“It’s a good start isn’t it,” she joked as General Manager Peter Gerrard comically quipped over her shoulder: “She got €13,000 for her first day’s work.”

Fellow colleague Helen Whelan said news of the group’s win had yet to sink in.

“I found out last night (Tuesday) around 9pm,” she told the Leader.

Ms Whelan also said it was only the second time the C&D Foods syndicate had bought a EuroMillions ticket.

“We do it when the money gets big,” she laughed, while sipping on a glass of champagne.

For the others, like Mr Gerrard the occasion was tinged with sadness following the recent passing of long-time staff member, Jack Keenan.

“Jack had 30 years of service with us and he would have been in this,” said Mr Gerrard.

That said, he added the excitement brought about by last week’s win had caused plenty of commotion inside the Edgeworthstown plant.

They were words which were echoed by another staff member as she told the Leader: “There’s no work being done at all. The atmosphere upstairs is electric.”