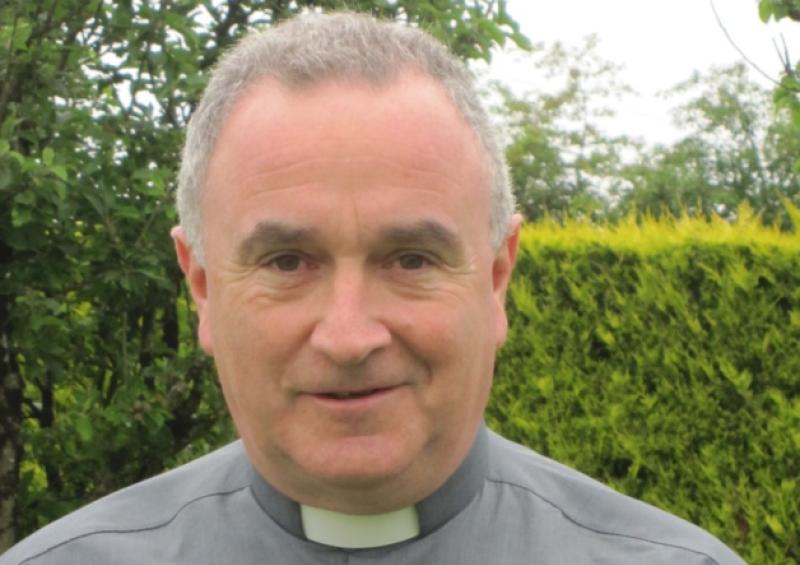 Ballinalee native Seamus O’Rourke will be ordained to priesthood in St Mel’s Cathedral on Sunday, June 21.

Ballinalee native Seamus O’Rourke will be ordained to priesthood in St Mel’s Cathedral on Sunday, June 21.

The local man has travelled the world and worked in a number of positions, but the calling to the priesthood is something that has accompanied Fr Seamus for some time.

“I have been to a few places all right,” Rev Seamus smiled when asked about his travels by the Longford Leader.

“I worked abroad in places like Saudi, Papua New Guinea and for British Airways, but before I left the army I had been interested in the priesthood and while I pursued it for a while, it didn’t work out at the time.”

The eldest of three children he attended the local national school in Bunlahy, then Cnoc Mhuire, Granard before joining the Army and completing basic training at Custume Barracks, Athlone.

Seamus then joined the Army Signal Corps and was selected for training as a Telecommunications Technician in Cork and DIT Kevin Street, Dublin.

He subsequently became an instructor at the Army School of Signals in the Curragh and served with UNIFIL in 1979-80.

After eleven years’ service he took up a position as an instructor with the Civil Aviation Authority in Jeddah, Saudi Arabia which lasted for three years.

Returning to London he worked as a technician with British Airways at Heathrow Airport for two years.

But there was yet to be further turns in his path: he departed British Airways and left for Papua New Guinea where he enjoyed training technicians for eight years overseas.

Following the death of his father, John, in 2001, he worked part-time for Longford VEC and began to study for a postgraduate degree in Technical Communications at University of Limerick.

About this time he took up a position as Network Training Engineer with UPC in Limerick until 2008.

Before entering the seminary in August 2009, Rev Seamus spent a number of months in a similar role with BAE Systems in Rochester UK.

In all positions he was driven by a desire to work with others to aid in their holistic development and to enable them to realise their full potential in whatever their chosen field or whatever their background.

While working in London, he took the opportunity to avail of weekend retreats - often involving visits to the homeless on London streets.

But it was ultimately during a conversation with local priest Fr Peter Beglan, following the death of his mother, Monica in 2007, that the process of entering the priesthood began for Rev Seamus.

His initial meeting with Bishop Colm O’Reilly provided the reassurance and support that resulted in his undertaking the formative journey. Over this time, further support came from the Director of Vocations Fr Simon Cadam, Bishop Francis Duffy, other priests of the diocese, but even more importantly through the prayers and moral support of many people throughout the diocese, local community and from family and friends.

“As I went through my life I found myself to be more interested in people than in material things,” the local priest continued.

“In 2009 I entered the seminary in Maynooth and six years on, here I am about to be ordained.”

He is delighted to have his ordination at St Mel’s Cathedral as he was present at Christmas Eve Mass on the night it was destroyed in the devastating fire.

“I was Deacon to Bishop Colm at Christmas Eve Mass there last Christmas and again on Christmas Day, so it is an incredible honour for me to be ordained there,” he added.

“I would ask people to pray for me and I hope that I can be of service to all those who need me in the future.”