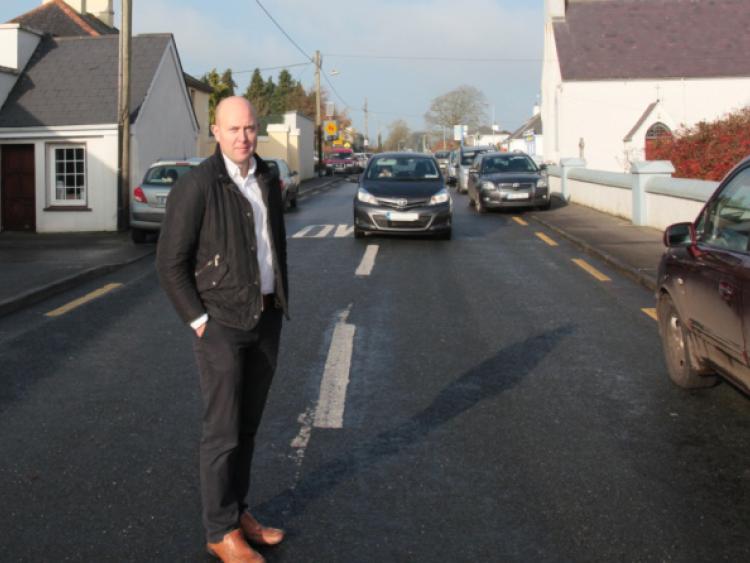 Speed limits in the village of Legan will be lowered if Cllr Paul Ross (FG) gets his way.

Speed limits in the village of Legan will be lowered if Cllr Paul Ross (FG) gets his way.

The Fine Gael representative put down a notice of motion calling on Longford Co Council to welcome the circular RSD 01/2014 on the Control of Vehicle Speeds in Housing Estates issued by Minister for Transport, Tourism & Sport, Paschal Donohoe TD.

He explained, “This requires an examination of speed limits in residential areas and housing estates to improve road safety for cyclists and pedestrians, and requests the chief executive, in line with the circular, to initiate consultation with residents across our county with a view to determining the need for new by-laws for the 30 km/h limits for residential estates and additional selected safety zones.”

Cllr Ross added, “I want Longford Co Council to review speed controls in the village of Legan to prevent speeding and lower the speed limit to 30 km/h.”

The initiative by Minister Donohoe is in response to the Jake’s Legacy Campaign, an initiative being run by the family of Jake Brennan who died tragically.

Cllr Ross said the Minister had contacted Longford Co Council directing it to review speed limits. “A 50 km/h speed limit in a highly populated area is dangerous and we need speed ramps, lower limits and traffic calming measures to ensure the safety of children, cyclists and pedestrians.”

He went on to say that a recently commissioned Department of Transport Survey found that less than 2% of housing estates outside of Dublin had a 30 km/h speed limit in place.

“There are many estates that have a high volume of traffic passing through especially during school drop off and collection times,” he added. “In my own village of Legan, the church, school, shop and GAA grounds are all within a 200m area and speed controls are badly needed before an accident occurs.”

Cllr Ross received full backing for his proposals and the matter concluded with Cllr Seamus Butler (FF) saying, “Perhaps we could look at a number of low cost safety schemes and if we could prioritise the areas that are most dangerous, that would be great”.