Success for Longford Pony Club at the RDS 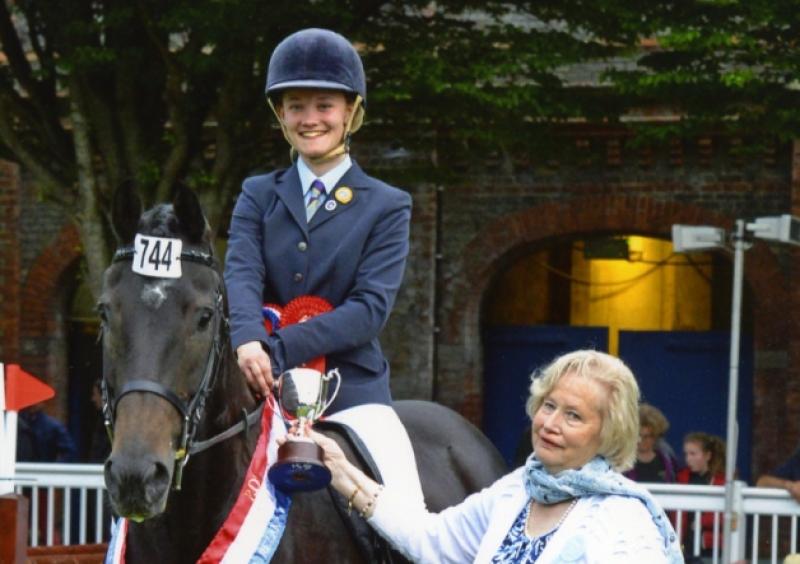 It was a fantastic week at the RDS for the Longford Pony Club, as four of their six young competitors won rosettes at the prestigious Dublin Horse Show.

It was a fantastic week at the RDS for the Longford Pony Club, as four of their six young competitors won rosettes at the prestigious Dublin Horse Show.

Among the winners were Aine McLoughlin of Croshea, who competed in the All-Ireland Pony Club category for Members Combined Training. This category involves both a dressage and a showjumping element. Nineteen-year-old Aine, riding the family pony First Manlara, took first place for the category.

Aine’s mother and District Commissioner for the Longford Pony Club, Anne-Marie McLoughlin, expressed her pride in her daughter’s success.

“She’s getting her Leaving Cert results soon, let’s hope they go as well as that,” she laughed.

Thomas Whyte of Moyrath was also highly successful, placing third and fourth in two Working Hunter classes and third in the Junior Equitation category. Edel Whyte from Legan took fifth place for the Working Hunter class, and Rebecca Yorke from Ardagh was placed sixth in the Young Rider class.

Speaking for the club, Anne-Marie expressed a deep gratitude towards everyone who contributed to the event’s success.

“I want to mention Thomasina O’Reilly for the dressage training she gives to the club. Tom and Gerry Whyte were a great help with the showjumping”.

She also heaped praise on the club’s president and founder, Sam Murphy, who is now in his eighties, explaining, “He’s been here from the very beginning, he’s a selfless man.”

The Club’s meetings are held in Corbeagh House, Ballinalee, where they have been allowed to train completely free of charge.

“They’ve been very generous to us over the years, we’re very grateful for that,” Anne-Marie added.

The Pony Club already have their eyes fixed on a higher bar, as the Longford Senior Showjumping Team of James Whyte, Rebecca Yorke and Aine McLoughlin have qualified to represent the Irish Pony Club at the English Championships in Cheshire on 25 August.