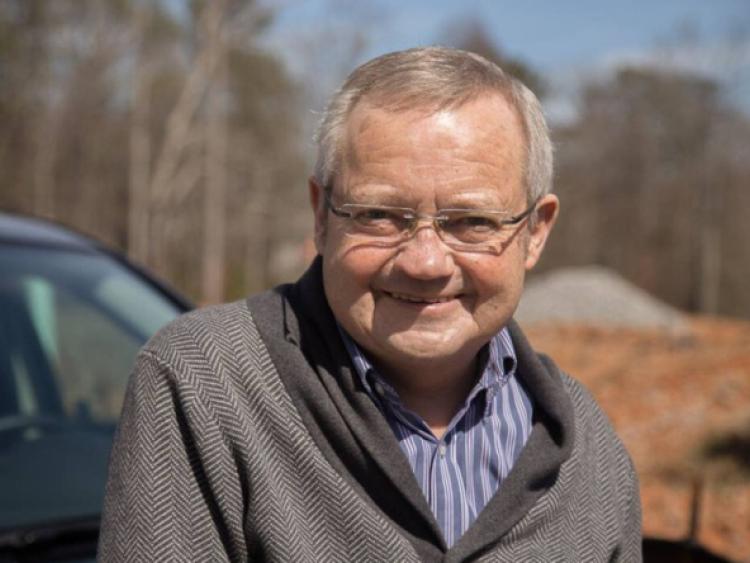 There is a deep sense of sadness in Granard this week following the death of Patrick (Paddy) Higgins (61), Ballymorris, Granard.

There is a deep sense of sadness in Granard this week following the death of Patrick (Paddy) Higgins (61), Ballymorris, Granard.

The Managing Director of Pat the Baker died peacefully at home surrounded by his loving family on Friday, August 7, 2015.

Mr Higgins was very involved in the local community in and around Granard and was vice president of St Mary’s GFC for many years.

In ta tribute to the late Paddy Higgins, the club noted the masive contribution he had made to St Mary’s over the years.

“Paddy was a well known member of our community and was a vice-president of St Mary’s for many years,” the statement read.

“When our club first started to look into getting a sponsor for our teams in 1993, Pat the Baker and Paddy Higgins were the first names to come to mind.”

The club gathered their best speakers and an approach was made to Paddy, who it seems, was only too delighted to support St Mary’s and have the Pat the Baker brand name as the club’s sponsor.

“It has always been a great source of pride for our club to be associated with Pat the Baker and the Higgins family,” club members added.

“Paddy and the Higgins family have been very generous in their sponsorship and support of our club in all the years since and he was always a gentleman to deal with during that time. “

Local area representative for the Granard area, Cllr PJ Reilly said the community was deeply saddened by the death of the local businessman.

“Paddy was the managing director of a company in Granard that went from strength to strength under his and his brothers’ stewardship,” added Cllr Reilly.

“They built the bakery up and Pat the Baker became one of the biggest bakeries in the country.”

Cllr Reilly went on to say that Mr Higgins’ work ethic and determination was admired by everyone and that both he and the company played a pivotal role in the local community.

“Paddy and his brothers were always there to sponsor St Mary’s Club and indeed they sponsored many sporting activities down through the years,” Cllr Reilly continued.

“His departure from this life is a big loss to the people and the community of Granard and I wish to express my deepest sympathies to his wife Mairéad and their five children.”

The late Paddy Higgins was removed to St Mary’s Church in Granard on Sunday evening last and subsequently laid to rest in the local cemetery following Requiem Mass on Monday.

He is survived by his loving wife Mairead and children Melanie, Sarah, Patrick, Shaunagh and Dylan.

He is also survived by his siblings Mick (Michael), Jim and May Gaynor (Lisryan).

He was proud grandfather to Alanna, Noah and Oscar and father-in-law to Niall McMonagle and Neil Carton.

Deeply regretted by his brother-in-law and sisters-in-law, cousins, relatives, neighbours and a large circle of friends. May he Rest in Peace.