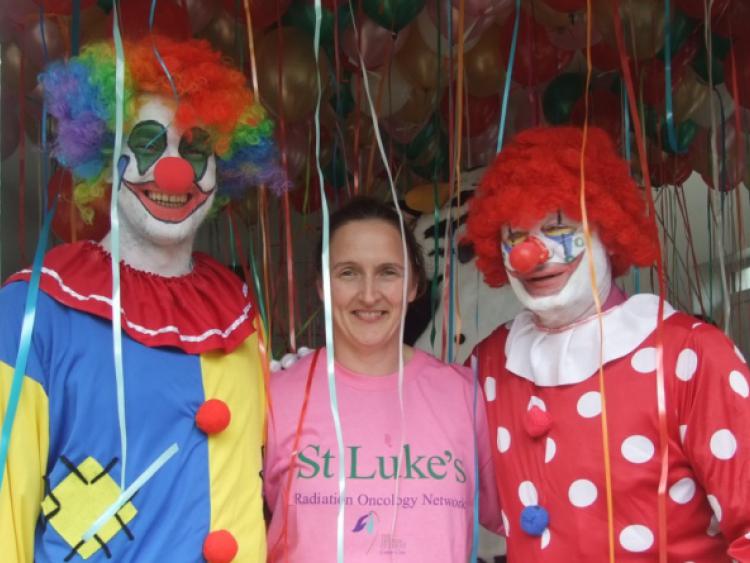 An astounding €10,100 will be donated to the Friends of St Luke’s thanks to the annual fundraiser hosted by Mitchell’s bar in Legan.

An astounding €10,100 will be donated to the Friends of St Luke’s thanks to the annual fundraiser hosted by Mitchell’s bar in Legan.

Since 2003, the event has raised thousands of euro for deserving local charities and organisations. This year, people came out in their droves on July 26 to support the Friends of St Luke’s, a charity which the bar has previously supported.

“This is a charity that is particularly close to my heart,” explained Elaine Mitchell, Proprietor of Mitchell’s Bar and the driving force behind the project.

“Like so many others, my family has not escaped the clutches of this terrible disease. My mother, my best friend Nuala, has had treatment in St Luke’s in 2012 and more recently, my niece Chloe received treatment there as well, so it wasn’t a big decision.”

It was a great day out for all the family. Clowns and face-painting kept the kids entertained, while everyone enjoyed the live music and delicious food.

The highlight of the day, however, was the poignant moment when the crowd released balloons in honour of those fighting cancer or those who have sadly lost their battle.

The objective of the day, of course, was to raise much-needed funds, and this was definitely achieved, much to the delight of all involved.

“We never set out to reach any particular figure,” Elaine continued, “as we were well aware that in this current economic climate, there isn’t much disposable income available.

“But it has to be acknowledged that we could not have achieved such a fabulous figure were it not for the generosity of the local people in Legan as well as the surrounding parishes of Carrickedmond, Forgney, Ballymahon, Ballynacargy, Ardagh and Edgeworthstown, along with those who gave sponsorship and spot prizes.

“I don’t think you can put a price on all the voluntary help we received as well,” Elaine concluded.