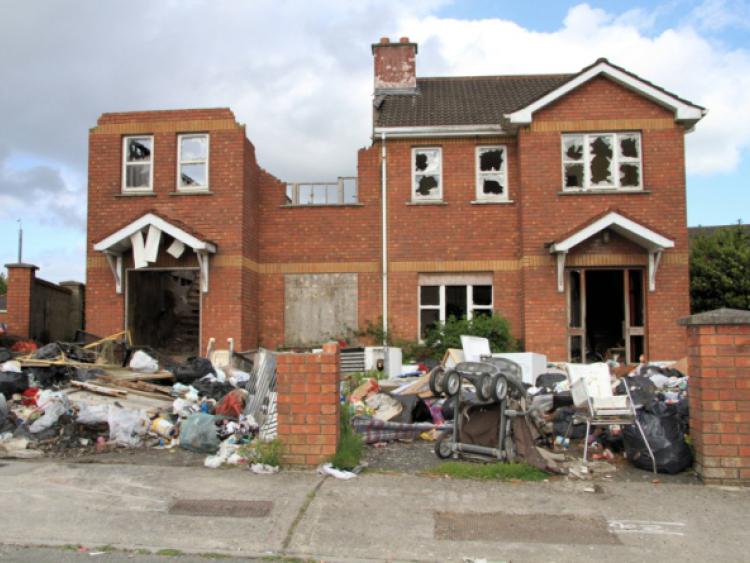 Up to 30 properties currently lie vandalised in one Longford town housing estate.

Up to 30 properties currently lie vandalised in one Longford town housing estate.

The dwellings, all of which are situated in the ‘new’ Ardnacassa area of town, were identified in a survey carried out by senior figures from Longford County Council’s environmental department.

Director of Services Frank Sheridan told last week’s Municipal District meeting that there were no easy answers to the problem.

“The environmental department looked at what the issues are and there are about 30 vandalised properties which is an awful amount,” he said.

Mr Sheridan addressed elected members during a debate on concerns relating to the Ardnacassa area.

He said attempts had been made to establish contact with the owners of various houses but conceded that issues linked to absentee landlords was posing problems.

In a bid to make further headway, he said the Council would resort to legal measures if it had to.

“The Council has tried to contact many of the owners but didn’t succeed and we are going to continue to do that.

“We will follow that with legal proceedings and the full rigours of the law available to us,” he said.

In welcoming Mr Sheridan’s recommendation that Ardnacassa be considered for a possible regeneration programme, Cllr Seamus Butler said anti-social behaviour and intimidation were other issues that needed addressing.

“There is one house on the Grian Ard side of Ardnacassa that is trading in vehicles every weekend,” he said.

The Fianna Fil representative said the only option open to the local authority was by enforcement.

“They have no planning permission to trade in cars,” he argued.

“The reason they are getting away with it is because they are doing it at the weekend.

“They are parking across the entrances of ordinary, decent people and are purposely doing it to intimidate people.

“These people are afraid to report it to the guards because the next thing they will get their windows smashed in.”