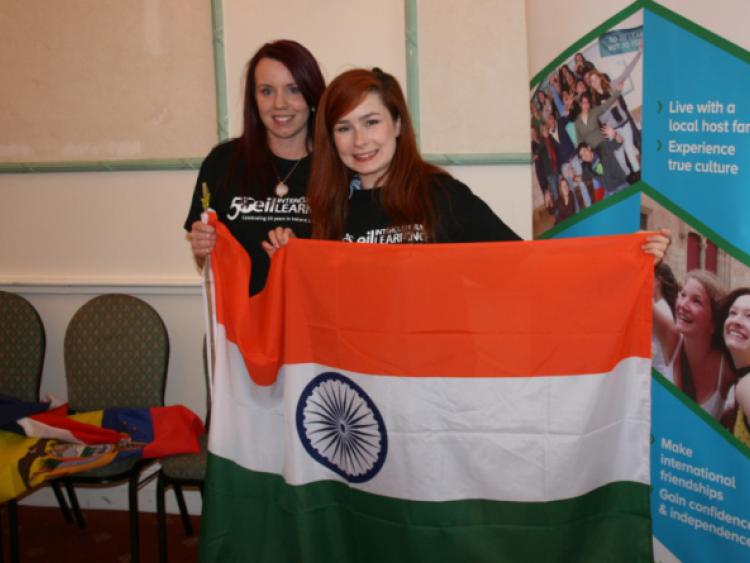 On Saturday last, 27-year-old Tara Farley waved goodbye to her friends and family and boarded a flight to Bangalore, India, where she will work and live for eight weeks at Sneha Care Home.

On Saturday last, 27-year-old Tara Farley waved goodbye to her friends and family and boarded a flight to Bangalore, India, where she will work and live for eight weeks at Sneha Care Home.

A native of Drumlish but now living in Edgeworthstown, Tara was recently presented with a Travel Award by not-for-profit organisation, EIL Intercultural Learning.

The Cork-based organisation provides volunteering experiences abroad and also facilitates tours to and around Ireland.

“They’ve offered fifty-five travel awards and they do it in various different groups,” Tara told the Leader.

Some secondary school students are given the chance to visit Europe, while other groups will go as far as the USA, Mexico, Japan and Thailand to undertake social or economic projects. The award Tara has earned is known as the Global Awareness Programme Award, and this will see her working with children affected by HIV and AIDS, something which Tara feels should be highlighted more, as she explained; “HIV/AIDS seems to be a hidden issue in today’s society. In fact, I was surprised to find out that up to 400 people a year continue to be newly-diagnosed with HIV in Ireland.

“It’s my hope that I can gain a greater understanding of HIV/AIDS and share my knowledge with the wider community upon my return.

“HIV is a preventable disease but it troubles me how engrained the stigma related to it is,” she continued.

A social worker, Tara is well accustomed to working with children, and her years of local volunteering will no doubt also stand to her in India.

“I volunteered in St Christopher’s for three years. Then when I was 18 I began volunteering with Foróige.

“I set up a club in Edgeworthstown in 2009 which is still running,” she continued. “I have also volunteered in many different projects within Foróige in Co Longford for the past ten years.”

In fact, Tara has already been using her experience to benefit children in Ireland and India, by carrying out some cultural work with Edgeworthstown Foróige. Working closely with Tara, the group have put together a project on what it’s like to be a child in Ireland. Once in India, Tara will share that project with the children there, and will encourage them to carry out a similar task which she will bring home.

Having heard about the Travel Awards through Foróige, Tara filled in the necessary application form, but thought nothing of it.

“It’s huge and it was a great sense of validation for me,” Tara pointed out.

Though she was feeling nervous in the run up to her departure, Tara is largely looking forward to the trip and has really enjoyed the training she has undergone in preparation.

She has, however, had to make a few sacrifices. Tara resigned from her job in order to take up the opportunity, and she admitted that saying goodbye to family and friends was hard.

“I’m the eldest of four siblings, John Paul, Darren and Emma. My parents, Margaret and John, will probably be in shock now because three out of their four children will be out of the country for the next few months!”

Once she finishes volunteering in Bangalore, Tara’s aim is to visit Nepal for a few weeks. However, she added that she will be back home in time to stand beside her best friend, Rebecca Etienne, as she marries her fiancé, Patrick Doyle, in August.

“I’ll be missing the hen party so I need to be back well in advance to prepare with her,” Tara added.

Excited for her adventure, Tara is thrilled to have received this chance, and is eager to share her experience with others when she comes back. From September, Tara is offering to give workshops and talks in local schools and community groups.

“I’m delighted to have been given this opportunity by EIL to become a more active global citizen,” Tara smiled, concluding, “I will try to be a good ambassador for Longford, Ireland and EIL!”