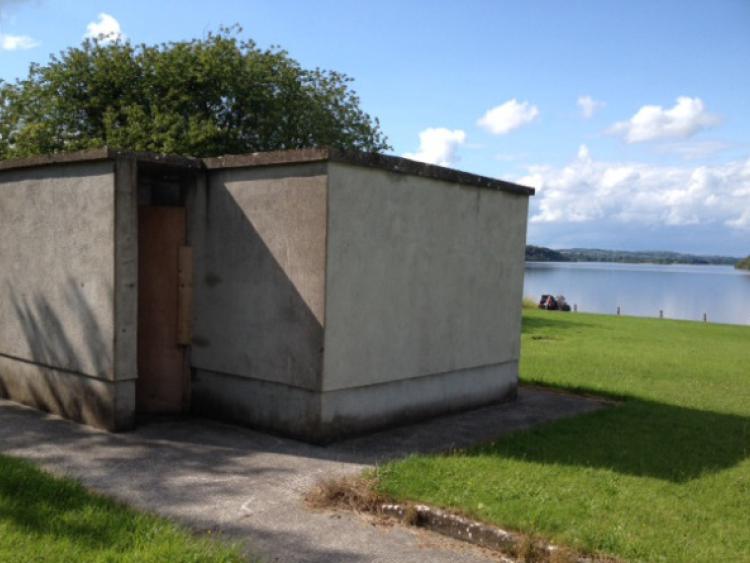 An end could be in sight to the long-running Dring public toilets saga, a meeting in Granard heard last week.

An end could be in sight to the long-running Dring public toilets saga, a meeting in Granard heard last week.

The toilets have remained closed for the past two years following a decision made by the HSE over drinking water quality fears.

In the period since, County Council bosses have come under increasing fire to step in and bring the facility back into public use.

Only last month, the Leader told of how vandals plastered ‘Shame on Longford County Council’ across its front entrance.

But at a meeting of Granard’s Municipal District last week, efforts were made to address that impasse.

After it emerged maintenance costs were setting the Council back up to €10,000 each year, area engineer Brian Cinnear said the issue was at a critical juncture.

“Over the years there would have been a lot of head costs there with vandalism and heavy maintenance work over the years,” he told elected members.

“In terms of its usage, a question has to be asked: is it feasible to put so much money into a facility that’s not used that much?”

“It’s a facility to one of the best amenity sites we have in our county,” he firmly replied.

“The service has been there for the past 40 years.

“It is an awful disadvantage that you can’t bring any child to a toilet there.”

He also called for finance officials to examine whether funding could be ring-fenced from next year’s budget to upgrade the toilets.

Acting Director of Services Ciaran Murphy said the idea was one that could be explored, but said resources at present, were stretched.

He said one option open to the local authority was to carry out works on the toilets before handing it over to a local community group to maintain.

Mr Murphy seemed to welcome that idea, saying the Council would look into Cllr Carrigy’s proposal.

“Over the years expenditure has been peared back to a minimum,” he said.

“To restore it it will cost money but if a local community is interested, it is something we could explore.”

Senior Executive Officer, Gerry Gillen agreed. He said should the Council come to an agreement with a local body, the local authority could be spared financially.

“A group, if they were willing to take it on, could get the funds to do the upgrade work through LEADER (funding).

“That could be arranged if a lease arrangement was entered into,” he said.