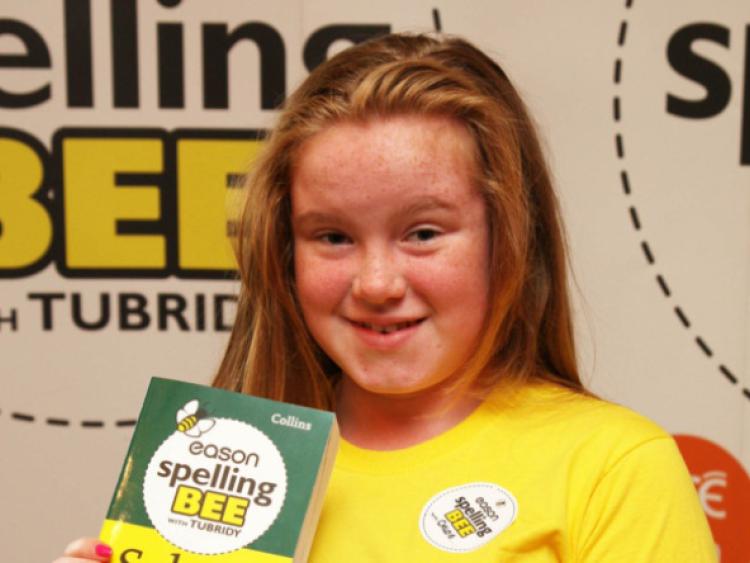 A sixth class pupil of Aughnagarron NS, Granard has been named runner up in the Leinster Spelling Bee provincial final.

A sixth class pupil of Aughnagarron NS, Granard has been named runner up in the Leinster Spelling Bee provincial final.

Chloe Matthews, daughter of Frances and Oliver, took part in the fourth annual Eason Spelling Bee. Run in association with RTÉ 2FM’s Tubridy show, the Spelling Bee is part of an overall Eason literacy and reading initiative that aims to inspire children to develop a greater appreciation of words and to encourage them to perfect their skills in spelling and pronunciation.

Chloe started her Spelling Bee journey earlier this year, when she represented her school in the Longford County Spelling Bee, earning the top prize on the day.

Following on from her success, Chloe continued to practice her spellings in preparation for the next round.

On Thursday last, June 26, Chloe travelled to the Seven Oaks Hotel, Carlow, where she competed in the Leinster Spelling Bee Provincial Finals against eleven other County Bee Winners.

Going head to head against the eventual Leinster Champion, Keith Gamier, Chloe did her county extremely proud by being named runner up for the province.