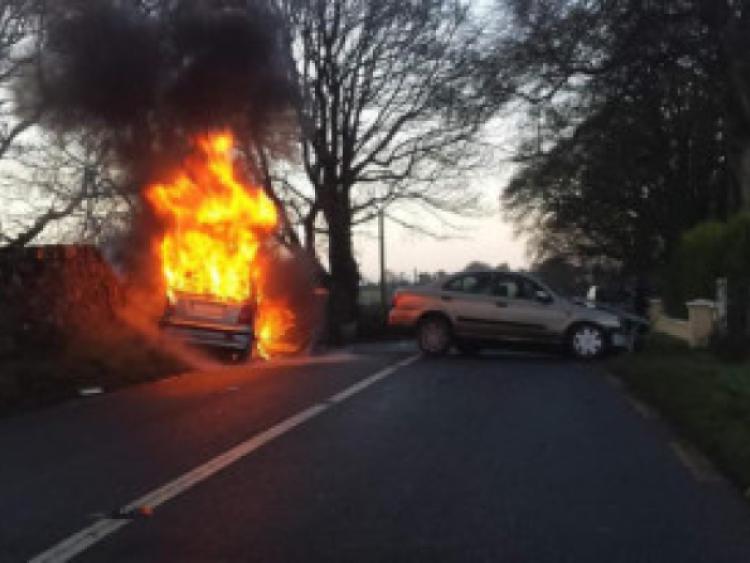 It’s been a bad week on Longford roads with three car accidents and two women in a stable condition in hospital.

It’s been a bad week on Longford roads with three car accidents and two women in a stable condition in hospital.

As a result of the situation gardaí have advised motorists to drive with care and to be aware of the weather conditions when driving on local roads.

Last Tuesday morning there was a three car collision at Terlicken between Kenagh and Ballymahon.

Three people were hospitalised including two locals and a man from Galway. While nobody sustained serious injury and all were released by the end of the day, gardaí in Ballymahon are continuing with their investigations into the matter.

“We would be appealing for all witnesses to come forward in relation to this accident,” gardaí in Ballymahon told the Leader.

“There were three vehicles involved and three people were injured - one woman sustained a broken collar bone - so we would be asking anyone with information to assist us with our investigations,” a garda spokesperson added.

Meanwhile, a woman is in a serious but stable condition at Beaumont Hospital in Dublin following a three car collision at Shroid last Thursday evening.

The woman who is understood to be from Lanesboro was taken to the Midland Regional Hospital in Mullingar and subsequently transferred to Beaumont, where her condition is being described as “serious but stable”.

Gardaí in Longford are currently investigating the matter and are appealing to anyone who may have been in the vicinity and noticed anything to make contact with them.

On Monday evening last, a woman was knocked down in Ballymahon. She was subsequently taken to hospital and remains in a stable condition.

Nationwide, seven people were killed on Irish roads in the past seven days.

Four young woman were killed after the car they were driving collided with a van in Co Kildare on Tuesday, January 6.

Another woman - the driver of the car is in a serious condition in hospital. Two men were also injured in the incident, The next day a woman died in a car crash in Co Louth while a man died later that day following a road traffic collision in Co Monaghan. A cyclist was also killed in Co Mayo at the weekend.

Figures released for 2014 showed an increase in road deaths from the year previous. A total of 196 people died on irish roads last year – compared to 190 in 2013.

Granard man, Patrick Sheridan Jr (29) also lost his life just two days before Christmas, the van he was driving left the road and hit a tree outside Ballinalee,

Speaking about the issue of road deaths, CEO of the Road Safety Authority Moyagh Murdock, said, “It’s been an appalling start to the year and mirrors exactly the situation at the same time last year”.