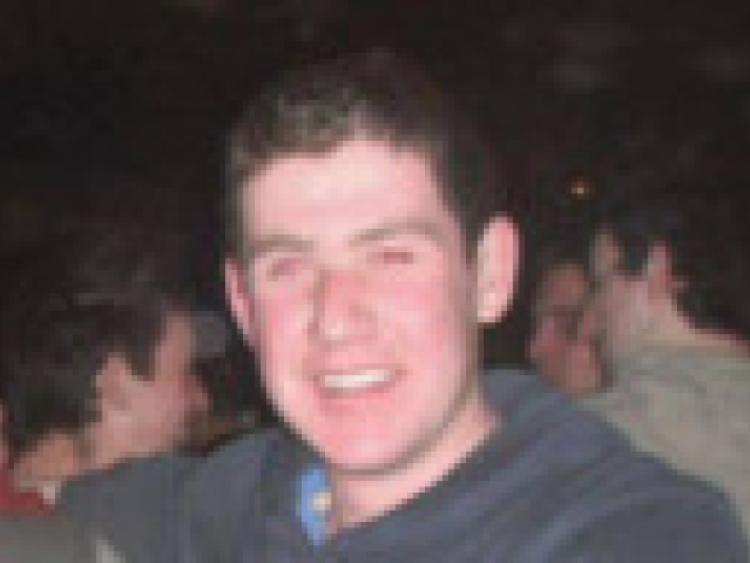 Huge crowds flocked to St Joseph’s Church in Loughduff on Monday and Tuesday for the removal and funeral of Martin Cadden, the young Mullahoran man who died in a car crash in New Zealand on January 2.

Huge crowds flocked to St Joseph’s Church in Loughduff on Monday and Tuesday for the removal and funeral of Martin Cadden, the young Mullahoran man who died in a car crash in New Zealand on January 2.

The huge attendance was a testament to the acute sorrow felt at Martin’s tragic death. There were heartbreaking scenes as Martin’s coffin was brought into St Joseph’s on Monday evening as the removal began.

Yesterday, Tuesday, the community once again rallied around Martin’s grieving family for a poignant Funeral Mass at which Fr Simon Cadam, parish priest of Granard, was the chief celebrant.

“Martin came to school with us in Granard and spent five years with us. That is where we got to know him and cherish him as a great friend. It is where many of his family members and friends lived, and he was a credit to his family,” Fr Cadam said. Martin’s mother Ann , nee Farley, is a native of Granard.

“I often asked him, Martin, why are you going so far away from us and all the land and the farm that you have at home? ‘Mammy and daddy are still very young’, he said, ‘And we have plenty of time’.

“God’s ways are not our ways; our plan was that Martin would be home with us, but he is gone to the home of eternity where there is no more suffering, no more fear, no more anxieties.”

Fr Cadam went on to speak about the deep sorrow that Martin’s family, his community and those who knew and loved him were now carrying.

“We are carrying deep sorrow in our hearts today; we pray for you the community today and we extend to Michael and Ann, and Mary and Roisin and Granny Cadden and Granny Farley our very deepest sympathy,” Fr Cadam continued.

“We have gathered to celebrate the gift of Martin’s life - a beautiful young life of 22 years.”

The parish priest in Granard then read from some of the many messages that were left by friends on Martin’s Facebook Page following the young man’s death.

“I was touched by the beautiful messages that his friends sent to him from far and near. One came from a friend of his in New York,

‘Martin you spent a short time with us in New York; you left a lasting impression on all that you met. Your quick sense of humour and your great personality made a huge difference to us all - we are having Mass celebrated for you in the Bronx as a token of our love for you.’”

A school friend added, ‘Martin always had a smile and a story to tell; your visits to the mart at lunchtime and your keen eye on the cattle prices often chilling out with Seamie the Cooper learning the tricks of the trade for the future.’

There was also many references made to Martin’s love for farm machinery, the land, his tractor, and his great admiration for the Christy Moore song - ‘I’m an Ordinary Man’.

Fr Cadam also spoke of Martin’s love of the land and how much he enjoyed the days spent in Granard mart.

After the Funeral Mass, burial took place in Loughduff cemetery.