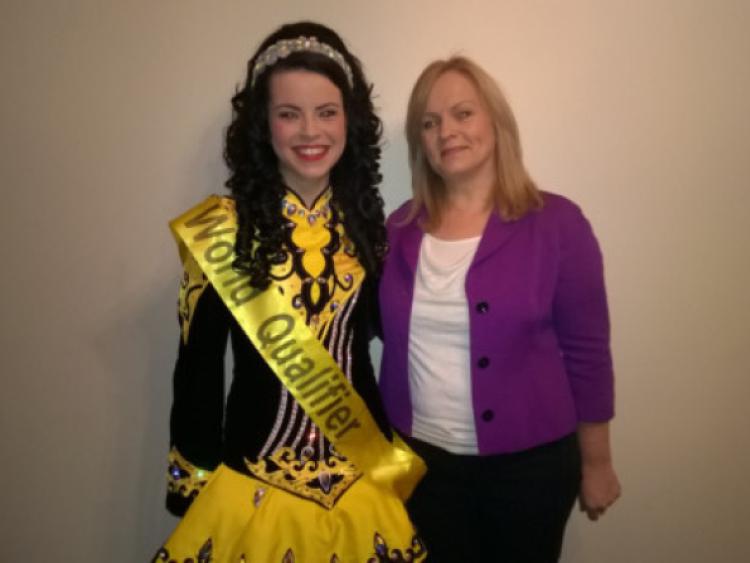 An Coimisiun Le Rinci Gaelacha (CLRG) has introduced a new trophy in its Irish dancing Leinster Championships, which is named after Edgeworthstown woman Lisa Cullen, who died last year.

An Coimisiun Le Rinci Gaelacha (CLRG) has introduced a new trophy in its Irish dancing Leinster Championships, which is named after Edgeworthstown woman Lisa Cullen, who died last year.

Lisa, who was a well-known Irish dancing instructor with the Stanley-Carroll School of Irish Dancing, lost her life in a road traffic accident last February.

“CLRG asked the school, now known as the Doolan-Cullen School of Irish Dancing, if they would like to put forward a trophy as an extra award at the championships,” Lisa’s aunt, Pauline Gray, told the Longford Leader. “It will be awarded to the dancer who is placed first in their age group, and will be presented to a different age group each year.

“It’s the first time an additional award has been introduced in the Leinster Championships,” she added.

A large contingent travelled from Longford to be present at the event, which also saw Lisa’s cousin, Clodagh Gray, competing in the Under-17 category.

“It goes to show how much she was loved,” Ms Gray explained. “There wasn’t a dry eye in the hall as they remembered Lisa. It’s nice to know that in 10 or 20 years time the trophy will still be there, being awarded to dancers.”

The first winner of the Lisa Cullen Perpetual Cup was Layla Healy from Dublin, who competed in the Under-19 category, while Lisa’s family had reason to smile as her cousin Clodagh qualified for the World Championships in Canada in the Under-17 section.