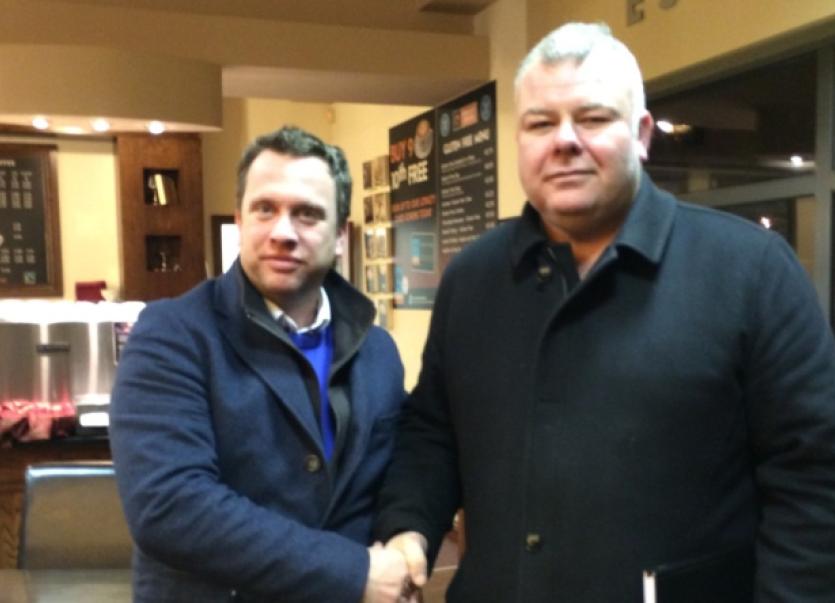 Cllr Warnock exchanged possible ideas and policy agendas with Mr Ross at two meetings over the December and post-Christmas period, while Mr Morgan, a candidate in last year’s Longford-Westmeath by-election met Mr Fitzmaurice at the weekend.

Cllr Warnock is a non-party politician who last week confirmed his candidacy in the upcoming general election.

Mr Fitzmaurice and Mr Ross have held discusions with potential independent candidates around the country in a bid to create an independent alliance.

“I have held discussions with Shane Ross,” Gerry Warnock confirmed, stating his first meeting with the journalist and author came at the beginning of last month.

“I got a good vibe from him, I have to say, and about how an Independent alliance was not going down the whole party route.”

A second meeting between the two men took place later in the month, this time in the Longford Arms Hotel.

Again Cllr Warnock said he had been left mightily impressed by Mr Ross and the aims and policies he espoused.

No further talks have since been held, but Cllr Warnock said he had been left in no doubt as to where his allegiances would lie should he be elected to the 32nd Dail.

“It’s great to be elected an Independent, but in central government you don’t want to be a voice in Opposition the whole time,” he said.

The Longford based business consultant said he had been left buoyed by what the Independent TD had to say, but stopped short of indicating where his allegiances may or may not lie.

Unlike Cllr Warnock, Mr Morgan has yet to formally declare his candidacy, saying: “We could still have 15 months to go before the next election.

“A lot of people have jumped in but I will be taking my time to make sure I make the right decision, and more importantly, who has the right policies and solutions for the people of Longford.”