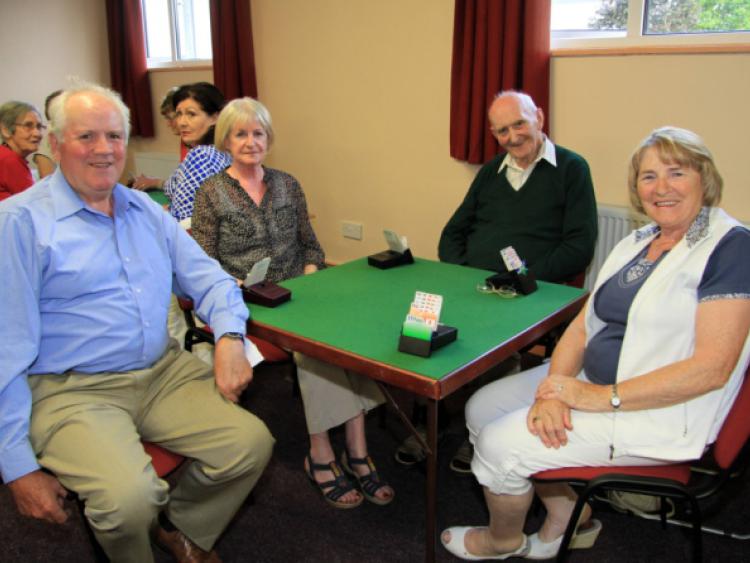 With a new premises and a number of awards under its belt, it certainly has been a busy year for the local bridge community in Longford.

With a new premises and a number of awards under its belt, it certainly has been a busy year for the local bridge community in Longford.

The Bridge Centre which now has its base at Connolly Barracks in the heart of the town has won no less than four prestigious accolades this year and with membership on the increase, it looks like it’s all to play for as competitive season continues.

Last year, the four Bridge Clubs in Longford town decided to merge when it became clear that a new state-of-the-art premises could be secured at the Barracks.

After joining forces and providing finance and plenty of skilled volunteers, the centre allows for Bridge playing up to five nights a week now. There are even classes for people who up until now may never have considered being part of the local bridge team.

“A while back the council was looking for submissions from social clubs for the Barracks,” Pat Finnerty, Longford Bridge Centre explained. “So the four clubs came together and now we have a wonderful facility here at the barracks.”

Longford Bridge Centre provides Bridge on Monday, Tuesday, Wednesday and Friday nights and also incorporates a programme of classes where up to 80 people from the county have endeavoured to either learn the game or improve their skills.

“We also have a pilot programme running at the moment which involves TY students at Mercy Convent, Ballymahon; so it really is something that is becoming more and more popular,” Mr Finnerty continued.

“That programme is going really well and it is giving us the opportunity to get more young people involved. Bridge is a very social setting and these days there are tournaments all year round. People often take their holidays around the Bridge tournaments and they play golf and have a great time.”

Often up to 60 tables per week play at the new decorative and spacious facility at Connolly Barracks. There are approximately 240 members and this, according to organisers, is growing with each passing week. The competition stakes are high so winning an All-Ireland this year, is certainly a great achievement for all.

“We are in the region with Westmeath, Laois and Offaly and there is a competition each year in the region for the President’s Prize and this year Longford also won that,” Mr Finnerty continued.

“It really has been a great year for the centre and more and more people are part taking in the lessons as well. We would encourage people to come along because Bridge is a very social outlet and the club is very strong now in Longford.”

Before concluding, Mr Finnerty also paid tribute to former Longford Town Clerk, Dan Rooney and the town engineers who assisted the club in its move to the new facility at Connolly Barracks.

The club is affiliated to the contract Bridge Association of Ireland (CBAI).

“There is a concept out there that Bridge is not for young people, but really the opposite is fact,” said Mr Finnerty.

“I believe there is a hunger out there to learn the skill and these days there is more Bridge available to everyone. There has been a growth in clubs across the whole country in recent times and the quality and skill level of the players involved has improved; Bridge is a game for everybody.”

The facility at Connolly Barracks is not just state of the art, it also boasts disabled facilities including toilets and ramps and the building comprises one level which provides easy access for all its members.

The Leader also learned that Bridge is on the school curriculum in both Poland and China!