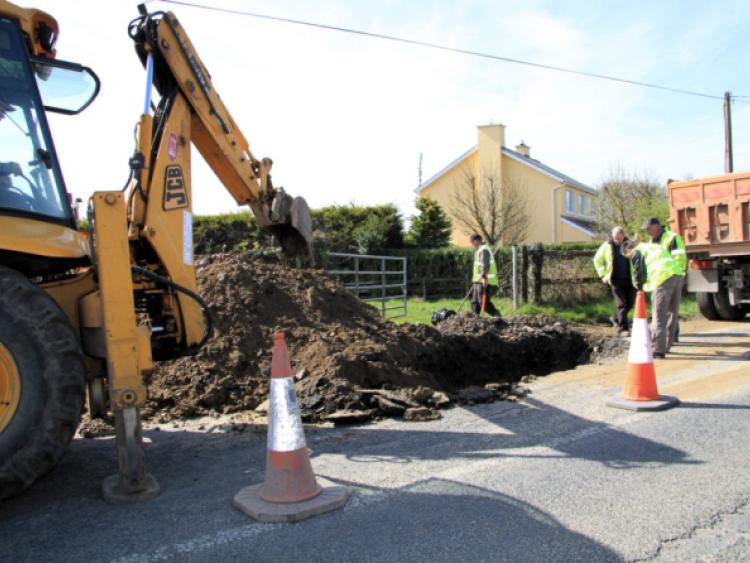 A section of water mains in the Killoe area which is constantly bursting is causing problems for both homeowners and motorists.

A section of water mains in the Killoe area which is constantly bursting is causing problems for both homeowners and motorists.

The affected area is located on a stretch of the R194 road between Longford and Ballinalee.

“There are asbestos-lined water mains under the road and they are constantly bursting,” local County Councillor Micheál Carrigy (FG) explained. “When they burst, the water rises up and the pressure actually lifts the surface up off the road.”

Cllr Carrigy went on to say that the leakages are causing problems for local homeowners as well as motorists travelling on the road.

“It’s a busy road and there have been a number of instances of burst tyres due to the condition of the road,” he said. “And last night the mains burst on the Ballinalee side of the GAA pitch and flooded a shed.” Cllr Carrigy added that a house in the area had been flooded in another incident about a year ago.

The local councillor voiced his concerns over Irish Water’s delayed response in dealing with the problem.

“We have been trying to put pressure on Irish Water to provide funding to upgrade the mains in the area for the past 18 months but financing hasn’t been forthcoming,” he revealed. “They say they won’t have funding to do it until 2015.”

However, Cllr Carrigy pointed out that significant savings could be made if the upgrade work was carried out sooner.

“The Council has funding in place to resurface the road but if it’s resurfaced now it’ll be as bad as ever in 12 months time. Then the pipes will need to be lifted and replaced, and the road will have to be resurfaced again. It makes sense to do the work now as it would save money.”

Under the Water Services (No. 2) Act 2013, Irish Water assumed responsibility for water services since January 1, and while local authorities now act as agents for billing, payment, and customer service, it is the new semi-state company which holds the purse strings when it comes to funding upgrade and repair work.