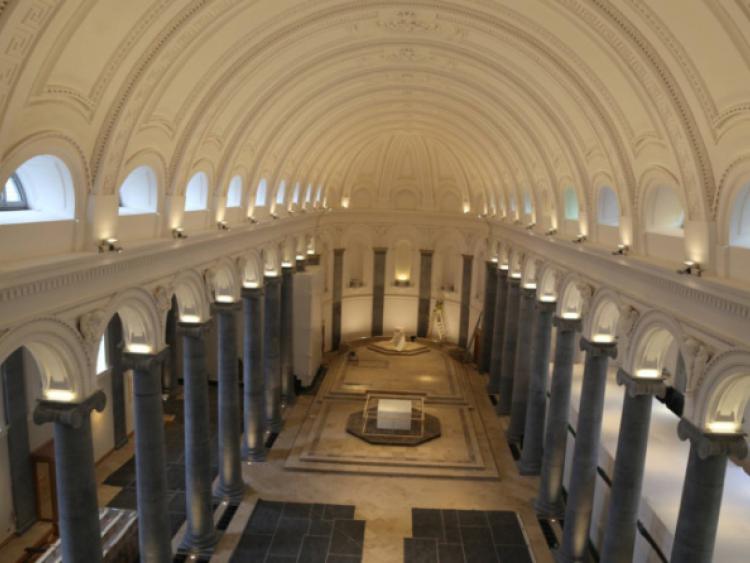 A new exhibition to be opened at the end of this month will provide the public with an inside view into the restoration of St Mel’s Cathedral.

A new exhibition to be opened at the end of this month will provide the public with an inside view into the restoration of St Mel’s Cathedral.

‘Operation Restoration’, consisting of photos taken by local amateur photographer Tiernan Dolan, will show the Cathedral’s progress, from the date of the fire right up until the present time.

“Fr Healy asked me directly after the fire would I take photographs from the fire onwards and I did,” Tiernan explained. “I’ve been doing it from the morning of the fire.”

Thousands of photographs have been taken by Tiernan over the past five years, documenting each part of the restoration process.

With huge interest in the Cathedral’s progress locally, nationally and internationally, Tiernan’s photographs have proven hugely popular on the ‘St Mel’s Cathedral Restoration’ Facebook page. Another popular aspect of Tiernan’s work are his Christmas cards, which each year are sent to hundreds of homes in Ireland and abroad. The cards are on sale again this year, with the front showing a photograph of St Mel’s Cathedral three days before it was destroyed, while the back depicts the inside of the Cathedral as it stands now.

“The cards are dedicated to the men and women who built the Cathedral this time,” Tiernan revealed.

Speaking about the exhibition, Tiernan stated, “It’s a chance for local people in particular to be able to see, and marvel at as well, the absolutely fantastic work done.”

An ‘Operation Restoration’ album has also been set up on the Facebook page, with photos being added regularly to document the changes in the Cathedral from December 2009 to now.

“It’s a massive project and I’ve been privileged to have seen it unfold,” he continued.

Commending fellow photographer Anna Warda Pawelec for her invaluable assistance in taking and choosing photographs, Tiernan also added his thanks to Project Manager Ronan Moore, Site Foreman Bob Neilon and all the workers involved in the project for their co-operation and support. “They are very, very good to me,” Tiernan concluded.

As Tiernan continues his photographic documentation of the Cathedral’s progress, work also continues on the restoration, with milestones now being reached regularly.

External works were carried out over the past week, with work continuing through the night to minimise traffic disruption, and on Thursday, October 30, the first batch of pews arrived from Dromod’s Irish Contract Seating.

To keep up to date with the restoration and the exhibition, or to view Tiernan’s ‘Operation Restoration’ album, search for ‘St Mel’s Cathedral Restoration’ on Facebook.