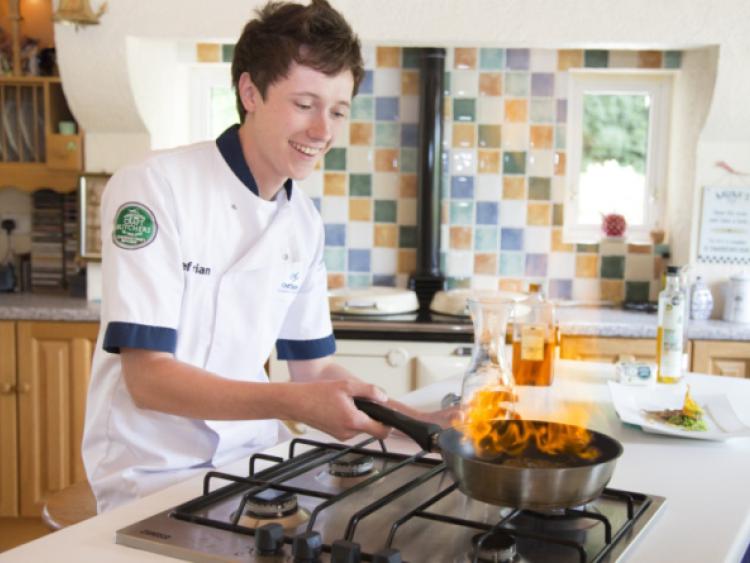 Herterich Artisan Butchers have teamed-up with the Associated Craft Butchers of Ireland to present a cookery demonstration to raise funds for St Christopher’s Services.

Herterich Artisan Butchers have teamed-up with the Associated Craft Butchers of Ireland to present a cookery demonstration to raise funds for St Christopher’s Services.

Presented by Chef Adrian, who has made a number of television appearances recently, the demo will take place in the Longford Arms on Monday, November 10, from 8pm to 10pm.

“He looks 13 but is in fact 23 and a raising celebrity chef in Ireland,” said the event’s organiser, Louis Herterich.

He works for the Craft Butchers of Ireland and has recently been given a number of appearances on TV3.”

Louis went on to explain that proceeds from the event will go to a good cause.

“All proceeds on the night will go to support St Christopher’s in this their time of current need,” he continued.

“We are also running a free competition with the prize being Chef Adrian going to the winner’s home on Wednesday, November 12, to cook a three-course meal for six people, with Herterich’s providing the raw materials.”

Louis also revealed that a film crew will be in attendance at the fundraising event for a programme which will be aired on satellite TV at a later date.

“Over the few days a documentary-like program is being filmed in the shop, town and cookery demo to be aired later as a 60-minute slot,” he said.

“Chef Adrian will be in our shop on the following two days - Tuesday and Wednesday (November 11 and 12) to develop new products and meet customers,” he added.

Tickets for the cookery demo with Chef Adrian cost €10 and are available at the reception desk at the Longford Arms Hotel. The evening will also feature a raffle, with several prizes up for grabs.