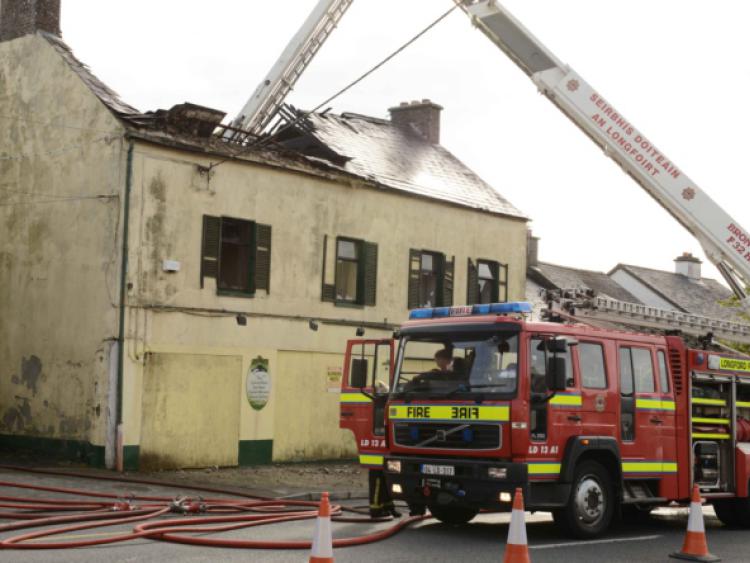 The cause of a fire which effectively gutted a vacant premises in Ballymahon last week, is not believed to have been started maliciously.

The cause of a fire which effectively gutted a vacant premises in Ballymahon last week, is not believed to have been started maliciously.

Gardai are satisfied preliminary investigations taken from the scene at the former ‘Goldsmith Inn’ last Wednesday have little or no sinister connotations attached.

Several units from the county’s fire brigade service fought for a number of hours to bring the fire under control after the alarm was raised shortly after 7am.

This, after locals reported seeing smoke billowing from the unoccupied building which lies along the town’s Upper Main Street.

A section of the street was cordoned off for a period of time as firefighters worked to make the scene safe while also eliminating the threat of the fire spreading to adjoining buildings.

Forensic samples were also believed to have been taken from the scene in a bid to determine whether any foul play may have been involved.

A week on the Gardai, the Leader understands, have all but ruled out that particular line of inquiry.

“There was no sign of (forced) entry or accelerants,” said a Garda source.

It’s also been confirmed the building suffered extensive damage as a result.

“It (building) is thoroughly destroyed.

“There appears to be no indication of any break-in,” added the source.