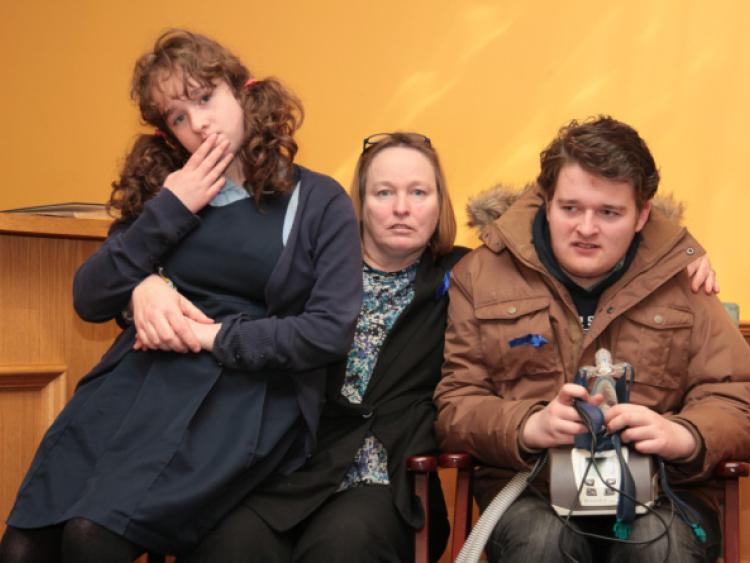 When Bridget Sullivan’s thirteen-year-old son, James came home from school one day, four years ago little did she know that it was the beginning of a long battle to diagnose his illness.

When Bridget Sullivan’s thirteen-year-old son, James came home from school one day, four years ago little did she know that it was the beginning of a long battle to diagnose his illness.

On the day, her son and daughter along with all the other students at a local school received the Swine Flu jab, however James became very unwell later that evening and according to his mother, “could not move”.

“A couple of weeks later, James’ muscles locked and he just couldn’t move,” she added.

“He had flu like symptoms; was weak all the time; had constant pain and his temperature was going up and down.”

Bridget immediately took to the internet where she discovered frightening and indept information on the ‘side effects’ of the flu jab.

She decided to take the matter further and attempted to organise a hospital appointment for her son, who by now had become so weak he was unable to attend school. Bridget has since arranged to have him home schooled.

“We had to fight to get an appointment in Temple Street Hospital,” she recalled.

Meanwhile her son was becoming more and more ill.

In 2012, the Sullivan family decided to have the matter dealt with privately and James attended the Mater Private. A sleep study was conducted and it was determined that the boy had stopped breathing 180 times. From there, James was sent to an Immunologist who detected irregular readings in his blood count. However since then, there have been no further developments.

“I received a lot of support online and through various groups,” added Ms Sullivan.

The Sullivan family now claim that the Health Service Executive (HSE) has ignored their pleas for help. Ms Sullivan says there are currently 783 people affected in Ireland. Meanwhile James is struggling to understand what has happened to him.

“I am not able to go to school any more because I am tired and weak all the time,” he sadly told the Leader. “I don’t go to discos or hang out with friends; I feel sick all the time; I want the HSE and the doctors to listen to me - nobody is listening.”