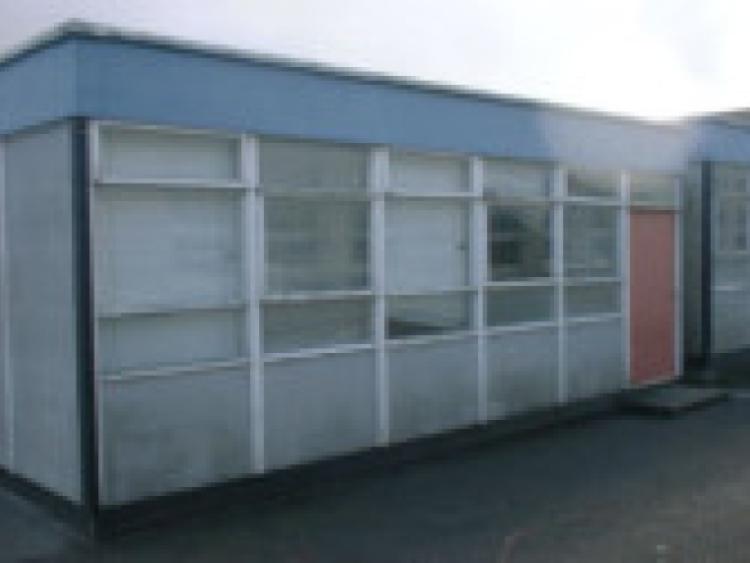 The Government has spent over €650,000 on prefabs and other temporary accommodation for Longford schools since 2010, new figures show.

The Government has spent over €650,000 on prefabs and other temporary accommodation for Longford schools since 2010, new figures show.

Department of Education bosses shelled out approximately €652,001.84 during the 2010-13 period, all of which went to providing accommodation needs for four Longford based national schools.

St Mary’s NS in Edgeworthstown was the biggest recipient, accounting for around €430,000 during that time.

A further €172,556 went to Ballymahon’s St Matthew’s NS in Ballymahon as officials continued with a 2003 policy of renting instead of purchasing prefab structures.

The likelihood of those figures dropping in 2014 appear likely however with both St Mary’s and St Matthew’s undergoing extensive construction and refurbishment works respectively.

Last May, the Edgeworthstown facility was finally given approval for a new 20 classroom school to be built.

Eight special tuition rooms, offices, a staff room and multi-purpose room, as well as a state-of-the-art Special Needs Unit were included in the plans, bringing an almost 15 year wait to an end.

Principal Helen O’Gorman has spoken at length about prefab related costs in the past, an issue she returned to once more this week.

“It (prefab provision) is value for money in one sense in that it provides temporary accommodation but not in the long term because they will be dismantled when new classrooms are being built,” she told the Leader.

Though the new school, at a cost of around €3.7m, is scheduled to take two years before its completion, Ms O’Gorman was upbeat about having a mainstream building on site by September.

A few miles down the road in Ballymahon, a slightly different story emerges.

In excess of €170,000 was spent on prefab units from 2010-13, making it the second largest benefactor of State funded money in the county. At present, significant refurbishment is underway at the school including the renovation of four existing classrooms and the construction of four additional classrooms.

“St Matthew’s is one of the main providers of primary education in the area and urgently needs these extra classrooms and other facilities,” he said.

Despite Mr Bannon’s best efforts, they are pleas which may have to hold, for 12 months at least.

Junior Minister Sean Sherlock said any change to the project at this stage was out of the question.

An application for the classrooms, he said, could be made next year when the next round of funding would be made available.