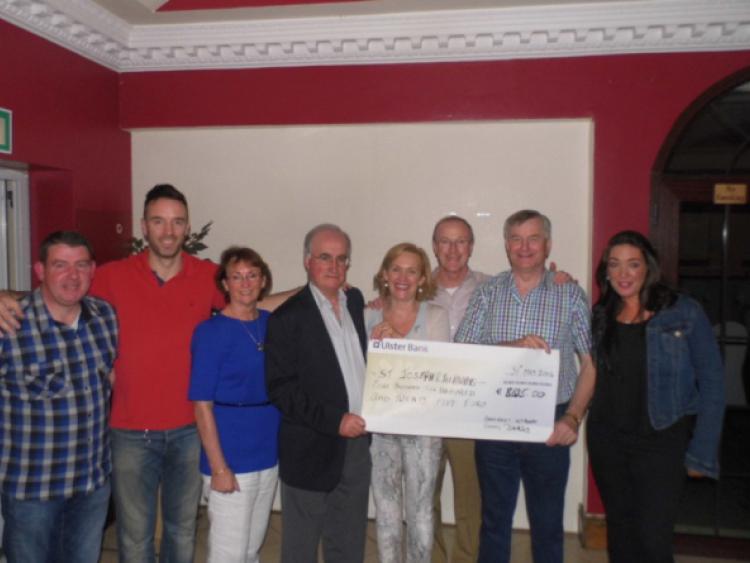 A “Stars in your Eyes” event held in the Breffni Arms Hotel recently has raised a staggering €8,625 for St Joseph and The Helpers Charity.

A “Stars in your Eyes” event held in the Breffni Arms Hotel recently has raised a staggering €8,625 for St Joseph and The Helpers Charity.

Established in Ireland in May 2004, the charity was set up to help the people of Bosnia Herzegovina to rebuild their lives following the Yugoslav war which took place between 1992 and 1995.

During the war, more than 100,000 people were killed, and at least two million were left homeless.

The money raised by the Arva event will go towards the provision of prosthetic limbs to those who were injured during the war.

The prosthetic limbs are required by many due to land mines set during that time, and it is estimated that it will take up to fifteen years to clear the remaining mines.

Recent flooding in the area is also cause for concern, as many land mines have become dislodged and are likely to cause further hardship and injury to the people.

The committee behind the ‘Stars in your Eyes’ event would like to thank all their sponsors, the 14 groups from the local area, the judges on the night, the Breffni Arms Hotel and anyone who helped out on the night.

DVDs of the event are still available for sale. To buy a copy or for more information, contact Margaret McEntee.