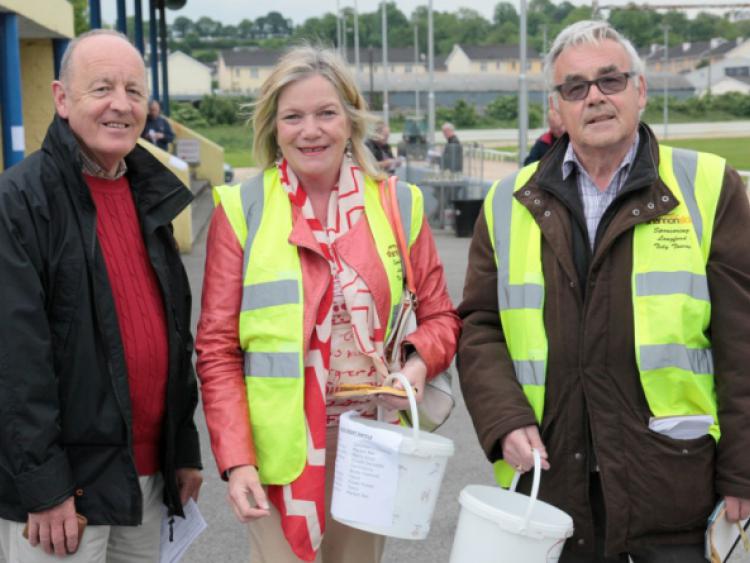 There was plenty to smile about at Longford Greyhound Track recently as Longford Tidy Towns held their annual race night.

There was plenty to smile about at Longford Greyhound Track recently as Longford Tidy Towns held their annual race night.

It is one of the organisation’s main social and fundraising gatherings of the year, and this year committee organisers were quietly pleased with its results.

“It was a very successful night, was well attended and was a lovely evening.”

Ms Rooney paid special tribute to all those who dug deep to take part not just in the night’s racing, but also in a well supported raffle.

She said the hope now is to ensure that same sense of optimism is translated to this autumn’s annual Tidy Towns awards.

“Adjudication usually begins in the early weeks of June which means they (judges) could be around at any time,” she warned.

Last year, the county town managed to pick up a bronze medal.

Fast forward 12 months and the objective has remained steadfast -to replicate or even better its 2013 total.

“That was our first one (bronze medal),” she added.

This time around there is plenty of cause for optimism, feelings that have been buoyed by more visual improvements.

“The swimming pool has been done and the area has been reseeded which has left that part of the town looking really well.

“What we need to do now is keep up the good work.”

Now, all that remains is to ensure eagle eyed judges recognise that work.