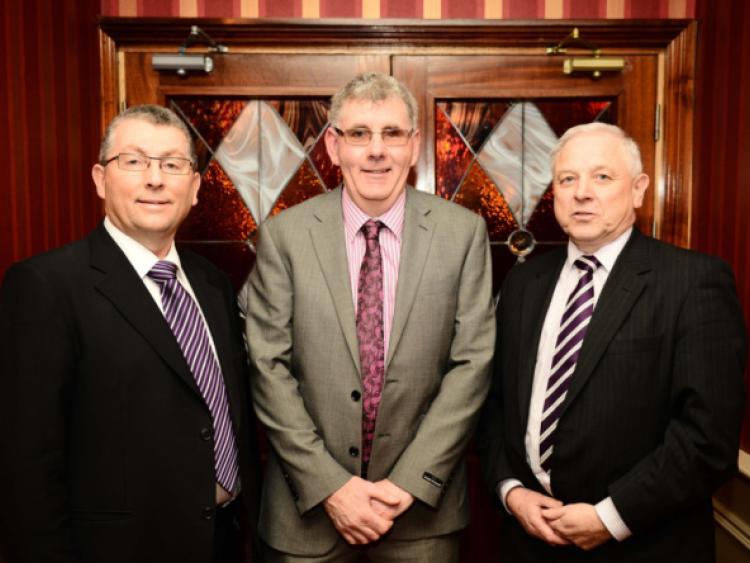 Sitting councillor’s Tom Victory and Mick Cahill, and newcomer Pat O’Toole have been added to the Fianna Fáil election ticket.

Sitting councillor’s Tom Victory and Mick Cahill, and newcomer Pat O’Toole have been added to the Fianna Fáil election ticket.

The latest developments follow on from the party’s selection convention for the Ballymahon LEA, last night which was an uncontested convention, so all three candidates were subsequently chosen to run. Despite no contest a large crowd gathered in Cooney’s Hotel in Ballymahon where Mayo TD Dara Calleary chaired proceedings. Local TD Robert Troy, Fianna Fail Councillors and members were also in attendance.

It’s new territory for two of the candidates; Cllr Tom Victory has decided to run in the area due to the boundary changes which saw his town of Edgeworthstown move to the Ballymahon LEA, while Pat O’Toole is venturing into politics for the very first time. He is hoping to keep the Fianna Fail seat in Ballymahon which was held for a long number of years by Cllr Barney Steele who is set to retire from local politics at next year’s elections. Cllr Mick Cahill on the other-hand is seeking election for a third term for that area.

During last night’s convention all candidates paid tribute to Cllr Steele as did the two TDs. The final Fianna Fáil selection convention for the mid Longford LEA will take place at 8pm on Friday, December 6 next in the Longford Arms Hotel. Sitting Cllr Padraig Loughrey and Longford Town Councillors Michael Connellan and Tony Flaherty as well as Seamus Butler will vie to become one of the three names on the election ticket. Sitting Cllr Denis Glennon will not be seeking selection because of his announcement at the weekend that he is to retire from the local political arena in June.