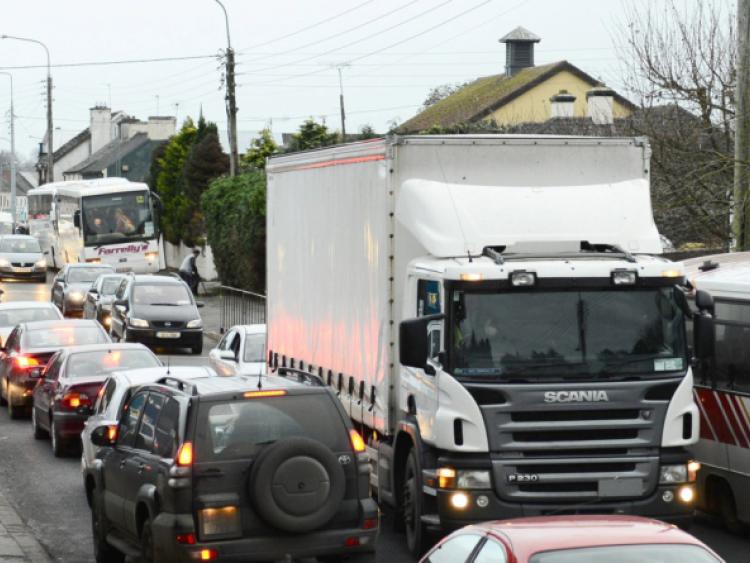 “It’s like an airport with no place to park the planes.”

“It’s like an airport with no place to park the planes.”

Those were the words used to describe a steadily worsening bottleneck outside the entrances to three schools in the south Longford town of Ballymahon this week.

Liam Natton said he, like numerous other parents in the area, have become increasingly alarmed at the build up of traffic along the main N55 entering the town.

“It really is a health and safety issue,” said Mr Natton, whose son Cian attends the town’s local vocational school.

Such has been the level of growing anxiety over the situation, residents have taken the matter a step further by setting up their own lobby group, SafePark 2014.

Mr Natton is one of eight members on the committee’s board charged with bringing closure to an almost two decade long impasse.

Letters have already been drawn up highlighting the problem, one of which was handed into the Leader’s offices over the weekend.

“For the last 20 years the schoolchildren of Ballymahon and district have been denied the very basic facility of having a safe place provided for the purpose of school transport parking, both private and public,” the letter outlined.

“Five days a week the local students of primary, vocational and secondary schools must run the gauntlet of heavy volumes of traffic to reach the safety of school bus or private car to transport them safely to and from their place of education. Enough is enough.”

One possible solution believed to be under scrutiny is the addition of a car park nearby.

This however, would more than likely involve the provision of State assisted funding, an option local Cllr Colm Murray said he would be raising at local authority level.

“The problem is you have the Vocational School, the Convent and National School all close to one another with around 1,100 pupils between all three,” he said.

Cllr Murray also told of how his own younger brother physically pulled one of his friends out of harm’s way when attempting to cross the road in recent days.

“Between the hours of 2:30pm and 4pm you could have around 12 to 13 buses pulled up along the street,” revealed Cllr Murray.

He vowed to air his misgivings to members of the council’s executive over the coming weeks to determine what, if any, finance could be set aside to ease the problem.