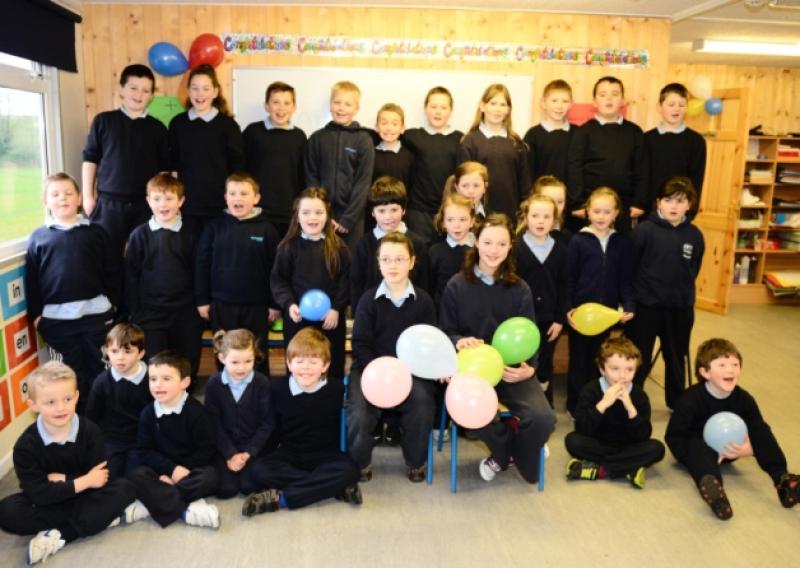 There was tremendous excitement in Forgney National School on Tuesday last as pupils, staff, parents and members of the local community turned up to congratulate the winners of the Ben’s Beginners Competition.

There was tremendous excitement in Forgney National School on Tuesday last as pupils, staff, parents and members of the local community turned up to congratulate the winners of the Ben’s Beginners Competition.

Shauna (12) and Jaimee (7) Gilbride from Forgney entered the competition with their tasty chicken and pineapple rice. Speaking to the Leader about the competition, the girls’ mother Patricia explained that they created a video, and submitted it, but didn’t think anything would come of it.

After a round of voting, the girls reached the final four, getting the chance to cook their dish for renowned chef Neven Maguire. The girls were thrilled to meet Neven, and Patricia explains that he was very genuine, speaking to the girls and encouraging them throughout the process.

Finally, on Monday last, the girls were announced as winners of the competition, appearing on RTE’s Today Show to show off their incredible culinary skills. “They were treated like VIPs” Patricia continues, adding that though the girls were nervous at the live recording, presenter Daithi O’Sé put them at ease.

The girls are no strangers to the kitchen, Patricia explains. Shauna can now prepare a full dinner by herself, while Jaimee and younger brother Eoghan (3) love helping out. Patricia believes that getting the children involved in cooking benefits them in many ways. “When they’re involved they’ll eat things a lot quicker and try new things” she explained, adding that it was a great chance to have “family time” and to talk about the day’s events.

As the girls arrived to school on Tuesday last, they received a warm welcome from all who had gathered. The school had prepared a welcome home party for the family, with balloons, sweets and treats for all the children.

“We are so delighted for them and so proud of them,” says Principal of Forgney NS, Adrian Coughlan. Mr Coughlan adds that the girls have always been heavily involved in cooking, even preparing lovely buns and cakes for the staff and pupils for special occasions. Apart from the €10,000 boost, which Mr Coughlan assures will be spent wisely, the school community are thrilled for the family, and wish to thank them for getting the school involved.

Though exhausted after a busy schedule following their win, Shauna and Jaimee (in sixth and second class, respectively) were thrilled to see all their friends, family and teachers gathered to help celebrate their win. “It was lovely to see everyone down at the school,” Patricia adds. “It was a joyful occasion.”

The exciting news has yet to sink in for the local family, still smiling from the girls’ victory.

For now Shauna and Jaimee, along with their parents Patricia and Sean and brother Eoghan are busy planning a Disney holiday with the well-deserved prize money.